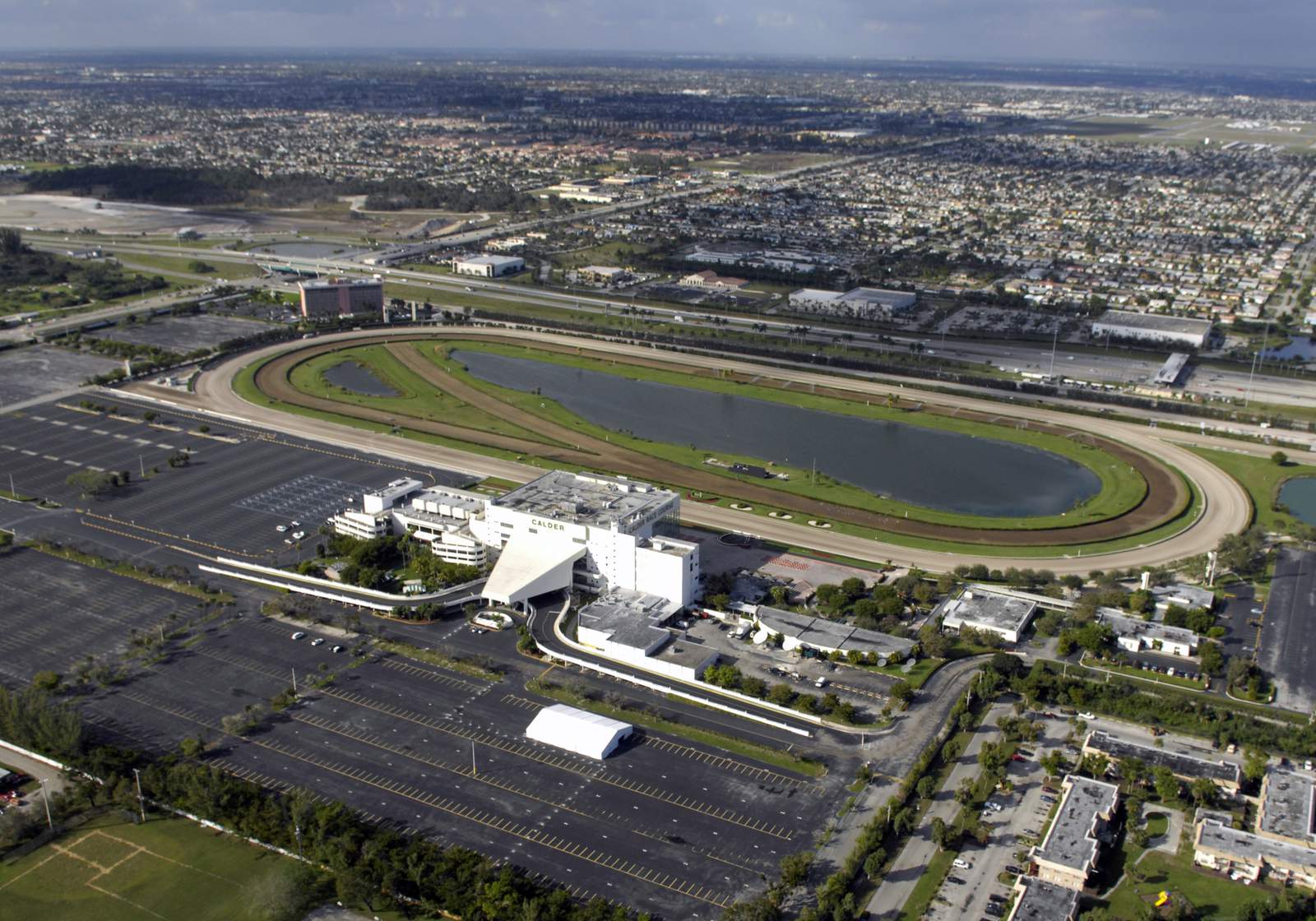 MIAMI GARDENS, Fla. – Diligent won the final race at the track formerly known as Calder on Saturday, ending a half-century run of racing at the facility that was rebranded several years ago as Gulfstream Park West.

It was a fitting finish: Eddie Plesa Jr., a member of Calder’s Hall of Fame, was the winning trainer in the final race at the facility.

Plesa’s father, Eddie Plesa Sr., was one of the very first trainers at the facility when it opened in 1971.

There has been plenty of back and forth in the courts for Thoroughbred racing to be a thing of the past at the venerable Calder. Since 2014, horseracing and the track has been leased by Calder’s owner, Churchill Downs, to Hallandale Beach’s Gulfstream Park’s owners, The Stronach Group, which renamed the track Gulfstream Park West.

The lease expires at the end of 2020 and that is what essentially opened the door for the halting of horseracing. Churchill Downs wanted to switch from racing to jai alai and, after a number of legal battles with Florida’s horse-racing community, CDI won.

Those opposed to changing the Calder pari-mutuel license from horse racing to jai alai argued in court that the closing of the track adversely affects Florida’s Thoroughbred racing industry and that slot machine gaming at tracks, which was approved by voters, was intended to support horse racing.

According to Bill Finley of the Thoroughbred Daily News, Calder’s future changed course when it was purchased for $87 million in 1999 by Churchill Downs. Over the years, Churchill became less interested in racing and more interested in casino play.

In 2015, Churchill tore down the grandstand. Finley said that it left “little behind but the racetrack itself,” Finley wrote.

In February of 2018, Churchill Downs was awarded a pari-mutuel jai alai license from Florida’s Department of Business and Professional Regulation, Division of Pari-Mutuel Wagering. A Florida constitutional amendment was ratified giving pari mutuel venues in Miami-Dade and Broward counties the right to add slots. Pari- mutuel wagering activity is what qualified the venue for a slot machine license.

Finley explains it this way: “Florida law required Churchill to run a live racing meet of at least 40 days in order to keep its casino license, but Churchill found a loophole in the law and argued that any form of pari-mutuel wagering would satisfy the requirements for a casino.” He points out that operating jai alai is much less costly than a racetrack.

A Florida appellate court in September of 2019 agreed with Churchill saying that jai alai satisfies the pari-mutuel requirements for its casino gaming.

For those who still want to watch the horses race, Gulfstream Park had this information on its website: “Following the conclusion of the Gulfstream Park West meet Saturday, live racing in South Florida will return at Gulfstream Park next Wednesday with the start of the Championship Meet.”

(The Associated Press contributed to this story.)