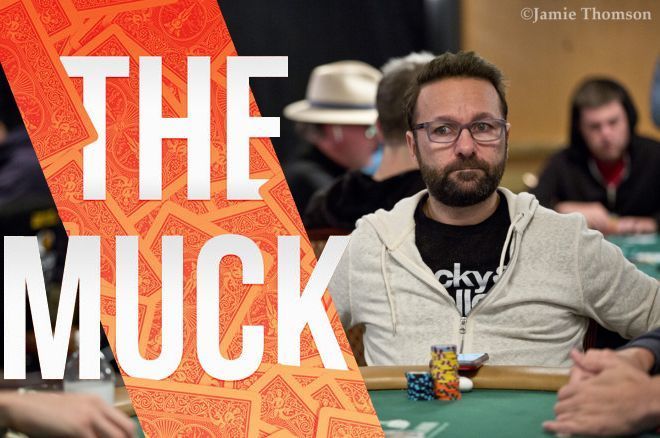 The heads-up no-limit hold’em grudge match between Doug Polk and Daniel Negreanu started amicably enough, but the two rivals have hit a bit of an impasse, if a Twitter dust-up is to be believed.

The opposing parties weren’t, however, Negreanu and Polk.

Instead, a tweet from Bill Perkins, who is known to have wagered on his friend Negreanu, set Polk off on a rant, and he confirmed that he and Negreanu have called on impartial judge Phil Galfond to make a call.

What that means for the match isn’t totally clear, but it appears action is on hold for the moment after Polk booked the most recent win to take the lead in the back-and-forth battle.

Learn everything there is to know about Polk vs. Negreanu!

The issue at hand appears to be whether Polk’s study methods violate the agreed-upon rules of the match.

Initially, Negreanu had staunchly opposed use of charts and notes for their match. However, ultimately, Polk seemed to make a convincing enough argument to his rival to get him to relent on the issue, as they did agree that it would be OK.

That seemed to be the final sticking point between the two, and everything was good to go from there.

Well, six sessions into the match, another disagreement along the same lines has cropped up. Perkins tweeted on the issue:

Match delayed due to disagreement over rules. One party(@DougPolkVids )thinks its ok to manually enter in hand hist… https://t.co/F4xzV351w7

According to Polk, however, that wasn’t at all what he’s been doing.

Instead, he’s just been studying the hand replayer and making notes manually, trying to get an idea of Negreanu’s strategy by checking things like how many times he’s folded on the button and how often he’s been three-betting.

This type of stat could be easily outlined with a heads-up display or by importing the hands into a database, but Nevada regulations prohibit use of HUDs, and the rules of the match forbid such assistance anyway. Instead, Polk seems to be doing his best to figure it out the old-fashioned way.

He explained his side of things:

Ok this is completely ridiculous and we were talking privately but if you are going to fire off tweets lets talk ab… https://t.co/xoNHrK23ku

I responded saying, I viewed data mining as the automation of hands to provide data. IE a computer will be scraping… https://t.co/tC6np4ebOH

Now Perkins tweets “One party thinks its ok to manually enter in hand history to software and have frequency analys… https://t.co/2Mnq3wJKhx

We also have a judge to arbitrate this thing, and now Perkins is just firing off with SUPER MISLEADING accusations… https://t.co/5UdRnqBaZB

He closed with some strong words:

I cant believe I have to defend opening up the client and looking at a 400 hand session how many times my opponent… https://t.co/U8mN0q1uhB

Judge Galfond to Make a Ruling

Perkins apologized for mischaracterizing things but it seems the actionable core of his tweet is correct: Negreanu and Polk have indeed called on Galfond to make a ruling on the situation.

Negreanu confirmed as much:

@DougPolkVids We agree that it’s worth going to @PhilGalfond so we can get clarity on what type of data accumulatio… https://t.co/Ki2xOZrYEM

So, it will be up to Galfond to decide whether Polk’s study methods fall under the agreed-upon rules.

While the match does appear to be on hold for the moment, neither party seems likely to be too aggrieved either way. Polk expressed extreme confidence that he’d win from the announcement of the match, so losing an inexact study method that relies upon tiny sample sizes shouldn’t faze him too much. And Negreanu seemed comfortable letting Galfond decide.

Expect the match to continue in fairly short order, to the delight of viewers everywhere. If Galfond can find the time to make a ruling, that is.

@bp22 @DougPolkVids @RealKidPoker @PhilGalfond With all due respect, @PhilGalfond has his own challenge, that he is losing, to worry about.