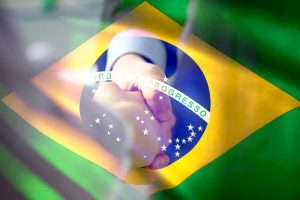 The process for legalizing sports betting in Brazil is almost over. The final regulatory framework is expected in the summer.

Waldir Eustáquio Marques Jr., undersecretary of SECAP, the Economic Ministry’s Secretariat of Evaluation, Planning, Energy and Lottery is expecting the regulations to kick in July.

Marques talked about all the ways that Brazil is different than other countries when it came to sports betting. According to him, the sports wagering industry requires technical specification from a much higher level, in order to function properly.

He said that there are certain things to keep in mind when it came to sports wagering in Brazil and the legislators had to figure out a lot of things in regards with the integrity of sports, prevention of money laundering and match-fixing, as well as protecting vulnerable consumers.

The legislators are already preparing for the future situation by taking part of events and training seminars.
Marques Jr. said that the important thing to do was to “take a step forward without having to take a step back” and that the government was on the verge of figuring out a regulatory framework that would work out well for everybody.

Issue with Number of Licenses Allowed

There is a particular issue that the country has and that is the number of licenses allowed in the since the lawmakers are still unsure how many shareholders they should allow.

Since Brazil is building its sports betting industry, based on US’ model, it includes technological providers and sportsbook operators. Some of them are already headed into the country.

A month later, Pragmatic Play announced partnership with Betmotion to secure the casino content supplier’s presence in Latin America and on the Brazilian iGaming scene. Pragmatic Play enters Brazilian market for the first time while it continues its expansion on the continent.

Although the legalization of sports betting is very close, Marques shared his concerns that the lawmakers are still discussing some issues that will potentially become a problem.

The license fees are expected to generate around $1.8 billion. In the initial phase, the income will be no less than $730 million. Such an amount can make the legalization a very important point for lawmakers in the country.
The final decision will be made by the Supreme Court in April 2021.

Some shareholders are expecting the opening for the business in the country. Compare.bet even set up shops way ahead of the official launch.

In the meantime BetWinner signed a deal for 4-month brand exposure with ESPN in Brazil.