One of the most puzzling teams is undoubtedly Brighton. They look good, the manager Graham Potter is progressive and they play some good football. But is it time to question whether the whole package is just a little overrated?

I admire a long term project in an age where a quick-fix, especially in the Premier League, is needed, but Brighton simply don’t win enough games. In fact it’s now 14 without success at the Amex, and that is a stark warning compared to another team who had a similar record – which was Derby in 2007. 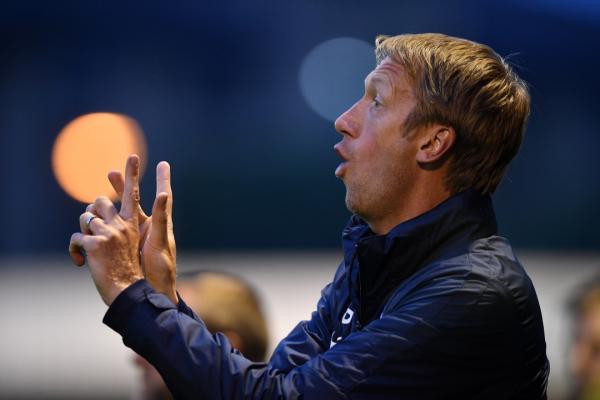 The Seagulls were held at home for the sixth time this season recently against Fulham, and whilst Graham Potter had two up front with Neal Maupay and Leandro Trossard, the failure to break such a weak defence as Fulham’s is not a glowing reference.

Danny Welbeck and Tariq Lamptey are on the sidelines for the hosts.

Mourinho to find a way without Kane

Spurs without Harry Kane is like Perry Mason without a case, as the talismanic striker who is so rarely injured is set for a few weeks out with an ankle injury sustained against Liverpool.

Kane is not the only injury blow for manager Jose Mourinho; as Sergio Reguilon has a hamstring injury. Expect a different formation from the Special One as several match previews elsewhere predict a shift from favoured wing-backs to a more conventional back four. Gareth Bale could play in the Kane quarterback role.

Spurs won this fixture 2-1 back in November.

There’s no doubt the absence of Kane has massively influenced the market for this one with the visitors at 2.486/4. Conversely, for a team such as Brighton who never win at home, the 3.1511/5 on offer is awful value. It seems the markets overrate the Seagulls too.

The hosts have scored just 10 goals at the Amex this season and haven’t won in their last 14 at the Amex. It really is a shocking price.

Which is why backing Spurs looks the play. They have lost just one of their last 12 on the road in the top flight, and while five have been draws, this has the makings of a classic Mourinho counter-attacking performance to allow the hosts the ball and to hit them on the break.

In-play backers should note that the north Londoners have scored more goals in the opening 15 minutes than any other side this season. A good fast start is needed here too, and that gives us the chance to trade a little out of the win bet from 2.486/4.

Spurs have a 67% win-rate from 15 top-flight games against the Albion, so with that stat onside, exploring the Same Game Multi options becomes interesting.

Son at 2/1 and the Spurs win pays out 4.58, but if you prefer going Under 2.5; and six of Brighton’s last eight games have hit that target, you’ll get slightly higher at 4.89 with the away win too.