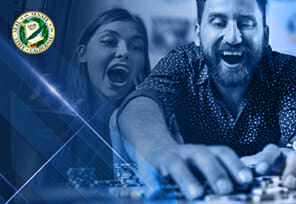 California Senate Committee on Government Organization has approved the constitutional amendment bill that allows sports betting in this state.

All of the Democratic candidates have voted in favor of the SCA 6 bill and Republican candidates against, resulting in a 9-3 vote. The legislation was proposed by committee chair Bill Dodd and is now referred to the Senate Committee on Appropriations with a hearing scheduled for June 9th.

An Amendment to Improve the Bill

…and it outlines the plans that would allow for a statewide referendum on sports betting which would need to be supported by 2/3 of voters before becoming the law.

Legal sports betting in California will only be operated by racetracks and tribal casinos, according to the amendment, which blocks the card rooms from entering this industry.

The operators that offer online sports betting will be subject to 15% gross revenue tax, while retail will be taxed at 10% rate. Online operators will also have to pay an initial $5 million license fee and an annual renewal fee of $1 million and may operate one online skin.

A Change of Industry at Hands

California’s constitution may also be amended to recognize the card rooms’ rights and authority for offering player-dealer games. This sees a player employed by the venue to collect losses and rake, and pay out winnings.

Tribal casino operators did not see this as a positive development, but the California Nations Indian Gaming Association argues that the provision allows for massive expansion of games offered by cardrooms will fundamentally change the legal structure of California’s peer-to-peer gaming industry.

Should the measure be passed by both chambers of the California legislature, a question on sports betting would then be added to the November 2020 ballot alongside the presidential and congressional elections, requiring a two-thirds majority to become law.