It took 30 sessions, but Doug Polk now has a $1 million lead against Daniel Negreanu in what has become a lopsided affair. After Wednesday’s beatdown on the virtual felt, it’s no longer a matter of if Polk will win, but by how much. 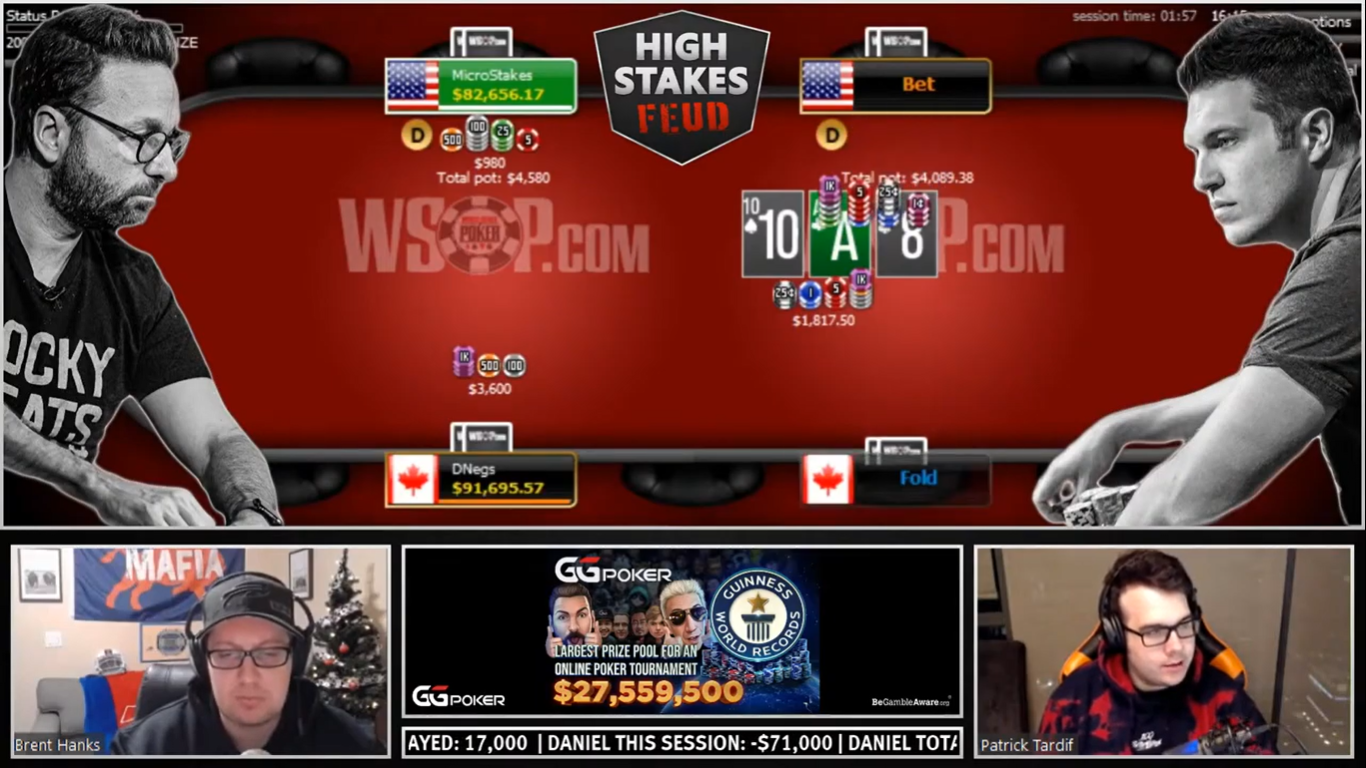 Daniel Negreanu is now down a cool milly to Doug Polk. (Image: YouTube)

Those who bet on Polk before this challenge began in October are looking pretty smart right about now. The tides have certainly turned over the past week. Although Polk has led ever since the second session, and was up by nearly $1 million 18 sessions in, “DNegs” had been rather competitive for quite some time — key-phrase, “had been.”

Those days are over and it’s become a one-sided match the past four sessions. Since Day 26, Polk has turned approximately a $520,000 profit, which includes a $299,000 win on Day 30 (Wednesday). So much for what was turning into an impressive comeback.

Heading into Wednesday’s session, much of the conversation had shifted to the topic of luck. Negreanu has repeatedly insisted that he’s been getting unlucky in many of his GGPoker YouTube post-game interviews. Polk, however, was fed up with those comments. He mocked his opponent, and claimed he is the one getting unlucky. David Lappin, co-host of The Chip Race podcast, mashed up the rants into one epic video.

When Daniel Negreanu signed up for this challenge, he knew the task would be difficult. After all, he’s a live tournament specialist taking on one of the best heads-up no-limit hold’em players ever in heads-up NLH. But, perhaps, he was unsure just how skilled of an opponent Polk is at this format.

On Wednesday, Negreanu ran into some unlucky situations. He lost monster pots with two-pair against a better two-pair and rivered a straight in another hand against a better straight. And he won some coolers and suckouts. In one huge hand early, on a flop of 9-9-10, he rivered a full house with Q-10 against pocket queens. But he also seemed to get outplayed.

Polk repeatedly fired off large sized bets on the river and got a fold. We don’t know how strong either player was in those hands as the cards are only exposed at showdown. But it was clear Polk was taking advantage of Negreanu’s inability to call off big river bets light.

At the end of the session, Polk booked a win of right around $300,000 in over four hours of play, the biggest winning session for either player. He now leads by a smidge over $1 million with approximately 7,000 hands remaining.