The heads-up battle between Daniel Negreanu and Doug Polk got heated this week as tempers flared on and off the felt. 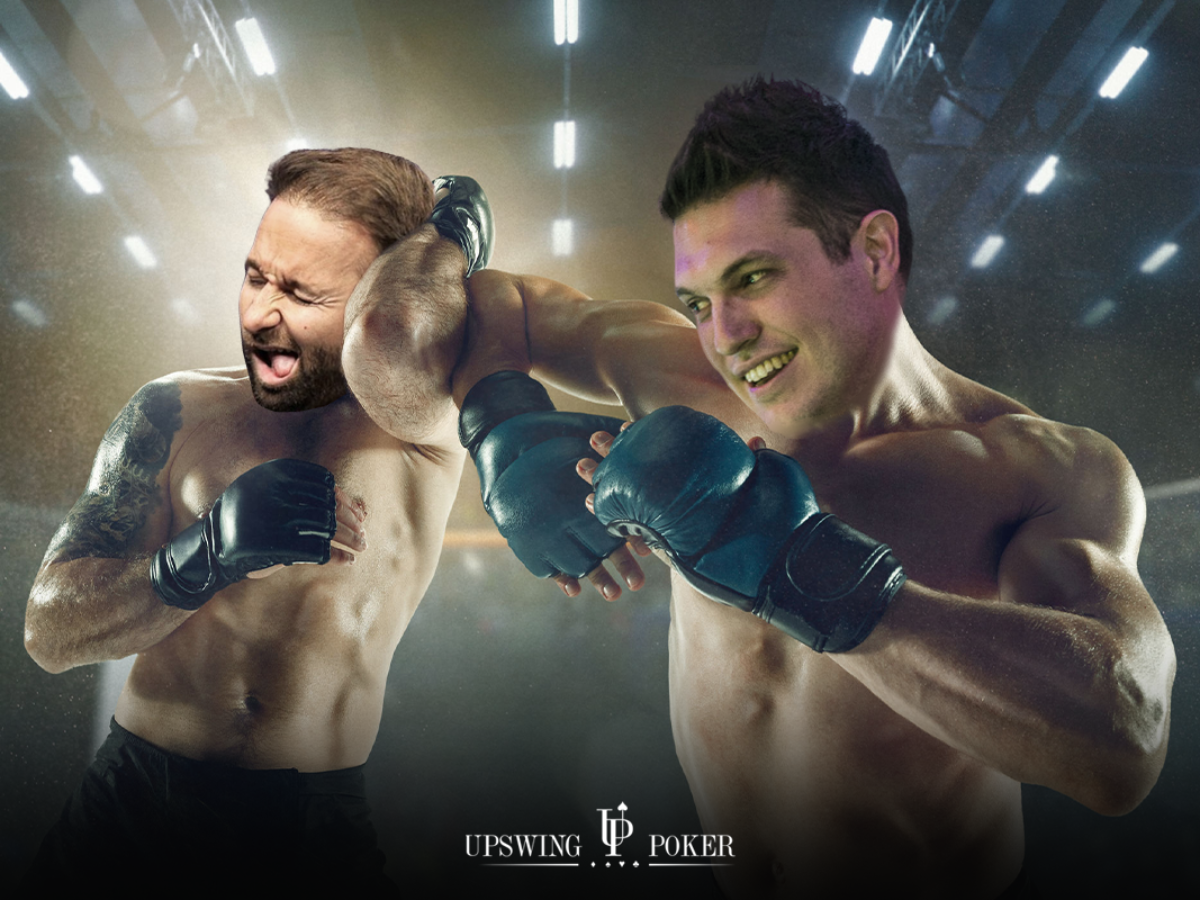 Doug Polk has lashed out after Daniel Negreanu used an unusual tactic in their high-stakes match. (Image: Upswing Poker)

With millions of dollars on the line, a little tension between the two pros is expected. For example, Negreanu has fired off multiple foul-mouthed tirades so far.

However, things took a turn this week when certain tactics touched a nerve, not just with Polk but the rail.

The latest feud between Polk and Negreanu started on January 26. With a healthy lead and the end in sight, Polk changed gears.

Limping from the button became his standard move the day. Everyone is entitled to play how they see fit and, on that day, Polk was looking to lower his variance by limping.

Negreanu acknowledged his opponent’s right to limp but he wasn’t happy. The following day, he employed his own bit of gamesmanship by tanking every pre-flop decision.

Whatever the reason, Polk wasn’t happy. He sat out for 35 minutes and let his Twitter followers know exactly how he felt.

Phil Galfond was called in to mediate and, for a time, it looked as though play was over for the day. However, Polk returned and wound up winning $136,239.

Mike Matusow has since called out the high stakes star for bitching about what happened.

However, the way Doug Polk played after the break suggests his protests may have been another level of gamesmanship.

By complaining about Negreanu’s actions, Polk may have been feigning tilt to make Negreanu think he had the upper hand.

Your up 700 k and whining like a bitch, you decided your gonna be a bitch and limp every hand he decided he’s gonna tilt you by tanking. Don’t act like you’re the so innocent you’re both wrong! I honestly think he was nice by playing afterwards. Just win money and be happy! https://t.co/B7v3JZx3df

Based on how the match has gone so far, it’s hard to see how Negreanu can win. However, with the blinds at $200/$400 and the stacks deep, anything could happen.

Daniel Negreanu is one of the best players in the world and certainly has the skills to mount a comeback. The question is whether or not Polk now has the mental edge.

One thing that’s for sure is the rail is in for a treat. Each bet will have some extra venom in it and every pot won will be that much sweeter now the relationship between Polk and Negreanu has soured.

For fans of poker, that can only mean one thing: a thrilling finish to this high-stakes match.