In 2018, Eldorado Resorts was preparing to purchase the Lumière Place in St. Louis, Missouri as part of a package deal it was arranging with Tropicana Entertainment. The idea was to turn around and sell the real estate to Gaming and Leisure Properties, Inc. (GLPI), but gaming regulators nixed the arrangement over concerns that the real estate investment trust (REIT) would have too much control in the city. Fast-forward to today, and it seems the Missouri Gaming Commission (MGC) has had a change of heart. GLPI is now going to be the sole casino real estate owner in St. Louis, controlling all property assets of the six casinos in the city. 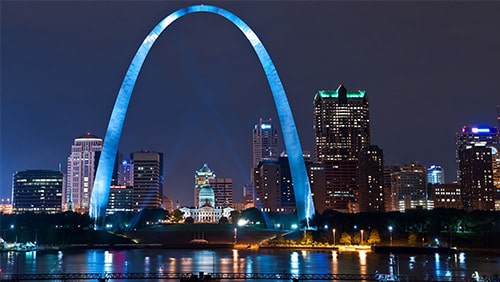 This past Wednesday, the commissioners of the MGC got together to explore a number of issues, including the potential GLPI acquisition of Eldorado’s real estate. By the time the meeting was done, four of the commissioners had signed off on the deal, with only commissioner Dan Finney – the only commissioner to have been on the MGC in 2018 during the initial rejection – reasserting his opposition to the move. His concern, which was the case two years ago, as well, is that GLPI will have monopoly power over the casino real estate assets.

However, this isn’t entirely accurate. Just because GLPI controls the real estate doesn’t mean the company controls the casinos. The six gambling properties have different owners – Boyd Gaming, Eldorado and Penn National, with the Casino Queen owned by its employees. Since an REIT doesn’t get involved in the casino operations, merely holding title to the real estate assets, the six casinos will still continue to operate as they always have.

Eldorado had planned on spending $1.85 billion for Tropicana assets when the deal was being negotiated in 2018. At the time, GLPI would be brought in to buy Tropicana’s real estate and then lease it to Eldorado, shelling out $1.21 billion in the process. When the commission turned down the deal, however, GLPI and Eldorado hatched a new plan that would allow the latter to spruce up Lumière Place with the help of a $246-million loan from the REIT. Now, with the deal approved, Eldorado has reportedly agreed to spend a minimum of $12.5 million on updates. Those enhancements would have to be completed within five years from the time GLPI and Eldorado sign on the dotted line to hand over the real estate assets.