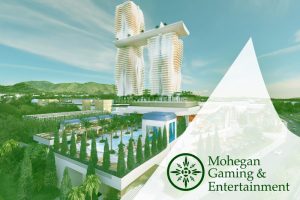 A ruling expected to be issued this week by Greece’s highest court could clear the final hurdle before a €1 billion project for the development of a casino resort as part of the larger Hellinikon scheme for the transformation of Athens’ former international airport into a massive multi-purpose complex.

In January, the Hellenic Gaming Commission selected US casino operator Mohegan Gaming & Entertainment (MGE) as the only bidder that would be allowed to enter the next stage of the bidding process for the casino portion of the Hellinikon resort.

Hard Rock International, also a US-based gaming and hospitality company, was the other bidder for the right to build a casino as part of the larger scheme.

Hard Rock appealed the Gaming Commission’s decision, arguing that the bidding process was mired by a conflict of interest because the law firm that had been hired to advice the regulator and the Hellinikon IRC Tender Committee had been representing a member of Mohegan’s team since 2008.

The Florida-based casino operator said that it “firmly believes it was wrongly disqualified based on an inaccurate rationale and a clear conflict of interest.”

The Greek Council of State rejected Hard Rock’s appeal in May. The company now awaits a final decision on the matter, but it seems that the court’s ruling would not bring good news for its effort to expand into the Greek gaming market.

According to Greek news outlets citing unnamed sources familiar with the matter, the Council of State will this week issue its final decision and will once again reject Hard Rock’s case.

That final decision will pave the way for the Hellenic Gaming Commission to finally open Mohegan’s financial offer and declare the company the preferred bidder.

Once this happens, a contract between Mohegan and the state will have to be drafted and signed and than cleared by the State Audit Council and the Greek Parliament. All these steps are expected to be completed by the end of the year or in early 2021.

Picking a preferred casino developer is a required step before construction work on the whole Hellinikon complex could finally begin.

The resort will feature two towers that will be connected with an infinity pool placed on top of one of the skyscrapers and about halfway up the other. Las Vegas architectural firm Steelman Partners was tasked with the casino resort’s design.

Mohegan said earlier this year that it has remained committed to its Greek plan, despite the Covid-19 pandemic and its impact on the company’s finances. The US company will develop and operate its Greek resort in partnership with local construction giant GEK Terna.