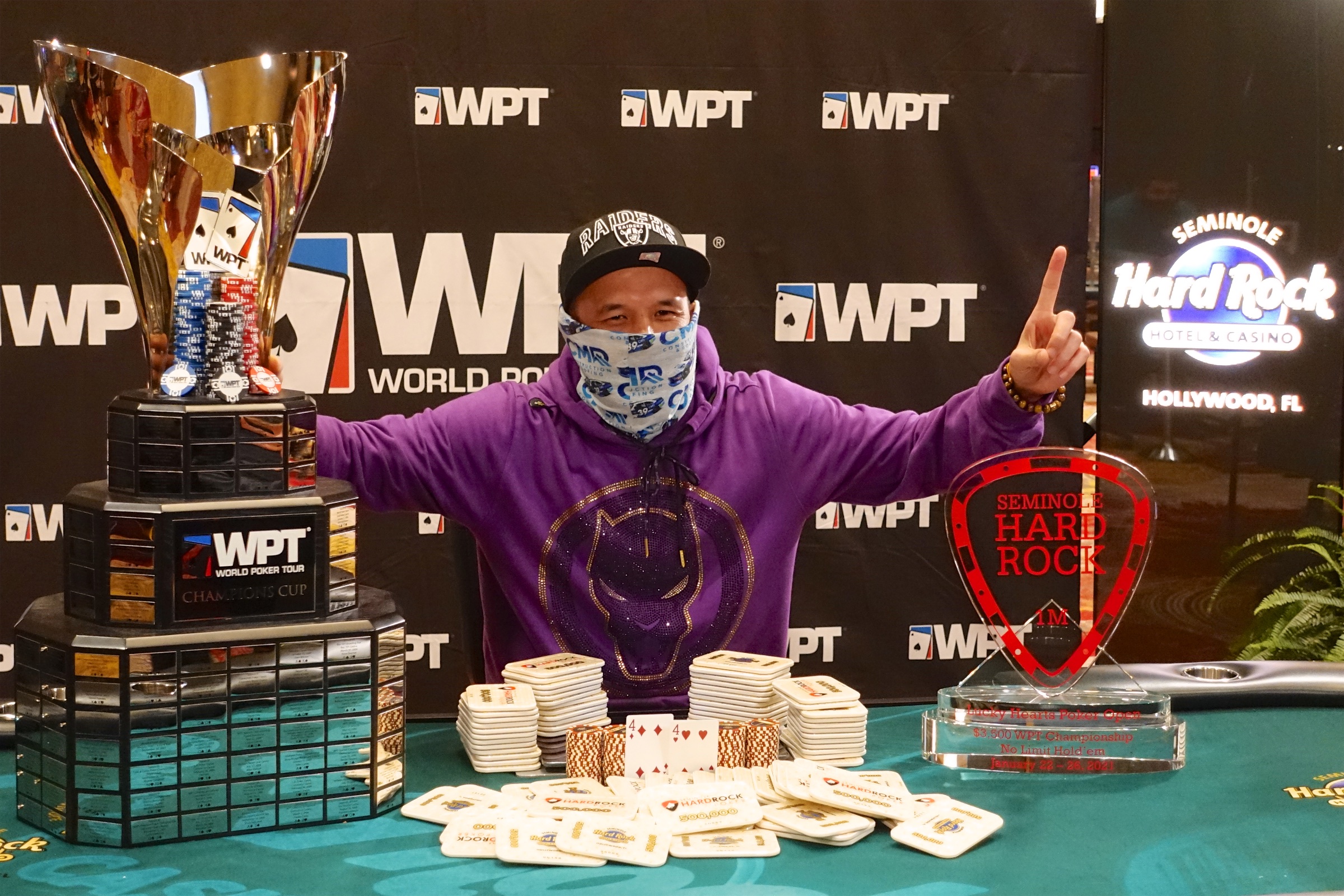 The World Poker Tour returns to the live scene after almost a year due to the pandemic. The return of WOT was received with an overwhelming 1,573 entries at the Lucky Hearts Poker Open $3,500 Main Event, which was held at the Seminole Hard Rock in Hollywood, Florida.

The emergence of Ilyas Muradi as the winner of the final table came as a shock, as he had minimal live cashes on record. Ilyas was met with Robel Andemicheal and Robbie Bardah as he made his way through to the three-handed play.

At the three-handed table, all three players came to an arrangement that guaranteed a minimum prize of $545,500 for each player, with Ilyas being an exception, as the chip leader he secured the prize of $580,000. So they battled for the remainder of the prize pool, $40,000. Along with Ilyas winnings, is a WPT Tournament of Champions seat, which is valued at $15,000.

Ilyas was ecstatic and emotional. When asked to comment on his victory, he stated that the winning is amazing and that he was at the brink of crying.

The Result of the Final Table

The event’s guaranteed prize pool of $1 million was surpassed due to a large number of entries. The prize pool grew to a massive $5 million guarantee. The WSOP runner-up Joseph Herbert, Kevin Eyster, Aaron Mermelstein, Sam Panzica, Justin Liberto, and Joe McKeehen were amongst some players that cashed the 197 paid places at the event.

With a record of four World Poker Tour titles, Darren Elias was aiming to clinch a fifth title. According to updates received, he, however, couldn’t achieve this feat as he lost a monster flip to Andy Hwang (a fellow World Poker Tour champion) when jacks did not hold against ace-queen to bust in 10th.

The search for a winner at the Tuesday final table showdown was a very lengthy one.

Muradi’s all in semi-bluff with a combo draw on the turn against the full house held by Andemicheal, saw him hit a rut early on.

Nobody went bust for a while despite there being lots of big pots being played. Until Hwang, who had been relayed to the short stack, could not improve with ace-king against Francis Margaglione’s pocket of sevens.