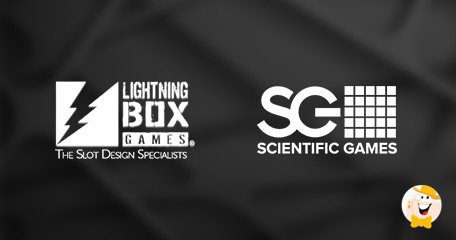 Specialist slots provider from Australia, Lightning Box, has formed an integral agreement with the OpenGaming ecosystem, allowing the developer to expand its content across the United States of America.

As a result, the parent company, Scientific Games Corporation, has officially launched its subsidiary’s games in Pennsylvania, marking the slot provider’s entry into the rapidly growing US market.

For starters, the Australian-based developer has rolled out only two titles, Lightning Horseman and Respin Rhino, a pair of actioned-packed games from 2018 with medium-high volatility. Both releases were launched via the OpenGaming System (OGS), a leading content aggregation platform that allows players across the state to access these popular games online.

Lightning Box has also announced a complete deployment of new releases in the following period, including hits Blown Away, Golden Yak, Lightning Leopard, Chicken Fox, Silver Lion and Panda Pow!, a 5-reeler developed in 3D with 25 ways to win, a bonus game and complimentary spins.

As reported by the software retailer, this launch builds on the OpenGaming ecosystem that shares the vision to supply worldwide iGaming sectors with market-leading content, based on proprietary solutions from its own game development studios.

For the record, Lightning Box went live in New Jersey in 2015, but it also serves players in Canada through the British Columbia Lottery Corporation and Loto Quebec.

With the help of its holding company Scientific Games and the OpenGaming ecosystem, the studio’s expansion across the US should reach for new opportunities as games slowly but surely stretch to a much wider audience.

“We’re very excited about the opportunity in Pennsylvania and are looking forward to seeing the results. It bodes well for us as a studio that our content continues to cross the bridge between land-based and online in the States. With our games integrated onto the OpenGaming ecosystem, we’re in a good position to penetrate new markets and expand our player base even further.”

“It’s fantastic to see Lightning Box make its debut in Pennsylvania. We’re delighted to have played an important role in supporting their efforts to expand across the US. Their games have performed strongly in New Jersey, and we also expect them to produce great results in the Keystone State. This latest launch showcases exactly how OpenGaming helps partners to build their presence within regulated markets worldwide.”

A Trip to Kalahari

Meanwhile, the Australian headquartered slot provider has unveiled a brand-new slot release on 29 October – Kalahari Safari. This time, players are invited to explore the African continent in partnership with Betsson, who has been given exclusive gaming rights during a two-weeks period.

The developer’s latest slot machine comes with medium volatility, 5 reels, 4 rows and 1024 ways to win, including a solid RTP at 95.1 percent. As stated by Scientific Games, the reels of this title are created with a combination of African-themed symbols and local wildlife – lions, zebras as well as elephants, who act as wilds.

Kalahari Safari also features a thrilling round of complimentary spins, which are triggered when at least three bonus symbols stampede over the reels and award 8, 15 or 20 extra rotations. The game will be available with SG Digital after the exclusivity period is over.