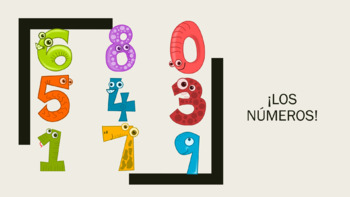 Lesson description: This 50-minute lesson brings the fun of card games to the online classroom in order to let students practice Spanish numbers communicatively through playing BS and Go Fish. At the heart of this lesson is the free, easy-to-use, and highly customizable virtual tabletop website playingcards.io, where small groups of students in breakout rooms can interact virtually the same way they would over a card table in a face-to-face environment. Although you could carry out this lesson plan in a face-to-face setting with real decks of cards, the materials provided include a customizable template for each game which can be imported and ready to play in seconds in any web browser. Not only does the use of Spanish playing cards give students cultural exposure to non-American decks, the repetition of numbers inherent to both games means students will have a blast and not even realize they’re practicing Spanish!

Lesson overview: The lesson begins with a brief refresher on numbers, the only teacher-student element of this entire lesson. The remainder of the class consists of student-student gameplay in breakout rooms, preceded by instructor input modeling the flow of the game. The first game, “Mentiroso” (equivalent to BS in English), asks students to take turns playing cards face down, stating (truthfully or not) what the numbers are on the cards they are discarding. If one of their opponents doesn’t believe them, they call them a liar, and if they weren’t telling the truth, they take the entire discard pile back into their hand! Next, students play ¡Pesca! (Go Fish), where they try to collect tricks of 4 cards with the same number, asking their opponents to hand over all the cards of a particular number they think they have. The lesson concludes with a brief explanation of the importance of knowing the first 10 numbers in a language; because all other numbers can be said with just those first 10, students thereby receive their first exposure to the communicative importance of circumlocution. Finally, a bonus Quizzizz sample of a The Price is Right game is also included–if you need more numbers-focused activities, you can expand this to your liking!

Objectives of the lesson:

· Practice numbers between 1-12 in a communicative and ludic form

· Two .pcio files which can be uploaded to playingcards.io for ready-made tables of Spanish versions of BS and Go Fish