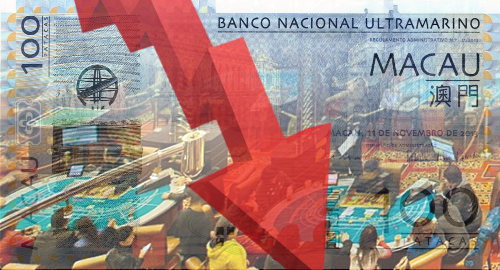 May’s revenue total was more than twice the MOP754m the market reported in April and May’s rate of decline was also better than analysts had expected. But that’s cold comfort to Macau’s six gaming concessionaires, all of which revealed significant downturns in their recent Q1 earnings reports and are reported to be losing an average of US$1m per day.

The numbers won’t start to recover until Hong Kong and Guangdong province, from which the bulk of Macau’s tourists depart, lift the 14-day quarantine imposed on individuals returning from Macau. Expectations are that these restrictions could be lifted within a week or two, but much will depend on the number of new COVID-19 infections remaining at a level Beijing can accept.

The impact of Macau’s casino downturn on the local economy has been striking. Gross domestic product over the first three months of 2020 is down 48.7% year-on-year, marking the fifth straight quarterly decline in the special administrative region’s economic activity, which is heavily reliant on tourism.

Incoming tourist numbers for the month of April stood at just over 219k, up marginally from 200k in March but far below the 2019 monthly average of 3m. China has yet to resume issuing Individual Visit Scheme permits to mainland residents, and individuals who are permitted to visit Macau must undergo health inspections prior to embarking.

VIP gamblers are among the few individuals who have been making the trek to Macau and thus the traditional volatility that exists in the VIP segment has led to some unprecedented revenue figures. Analysts reported that casinos reported negative gambling revenue during the week of May 18-24 as VIPs played luckier than usual and there was no offset from the more reliably profitable mass market gaming segment.