Macau is desperate for tourists, and it needs them more from neighboring China and Hong Kong than anywhere else. These two sources of visitors make up the bulk of Macau gambling tourists to the Special Administrative Region, but ongoing negotiations about a travel bubble between the three regions, which would be great for Macau, is possibly leaving it out of the loop. 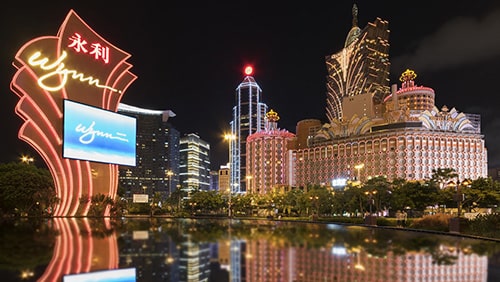 Hong Kong’s attempt to create a travel bubble spurred rumors recently that Macau would not be part of the deal. The Chinese province of Guangdong is expected to figure into the quarantine zone Hong Kong is looking to create, but local media quoted Chief Executive Carrie Lam as saying there would be “technical issues” blocking Macau from the group.

If the deal pushes through, the governments of each region would mutually recognize COVID-19 test results conducted by local testing facilities. To be allowed to travel within the bubble, a visitor would not be allowed to have left the bubble for the last 14 days.

Lam later dismissed suggestions that the bubble would open without Macau, offering that she has spoken with Macau Chief Executive Ho Iat-seng about involving the region. Hong Kong’s Secretary for Food and Health, Professor Sophia Chan added:

“The Government is [also] discussing with the Macao SAR Government the arrangement for mutual recognition of virus test results and exemption of cross-border travelers from compulsory quarantine. Details will be separately announced after the discussion has completed.”

This would be incredibly important to get Macau’s tourism industry going again. Desmond Lam, Professor in Integrated Resort and Tourism Management at the University of Macau Faculty of Business Administration, said:

“I think it would be very beneficial. I don’t expect the gaming revenue to shoot up to the previous levels, but just opening up [the borders] with Hong Kong would mean a lot to the gaming and F&B sides. It would be sufficient for the post-Covid-19 pandemic recovery and it is what we need. We just have to fight for it.”

The professor went on to note that, although more than half of Macau’s visitors typically come from Guangdong and Hong Kong, even if they do return they likely won’t spend as much. “I think it is very likely they will not spend the same amount of money as before because they might limit their visits in terms of days, take shorter trips […] and maybe limit their exposure to areas that might seem too crowded. I think spending might drop per visitor, but at least there will be some expenditure,” he said.

Macau is slowly getting back some of its visitors. Earlier this month, the territory made a deal with Guangdong to create week long passes for some residents to travel freely between the territories.