The poker world has been waiting for Mike Postle to express his thoughts about the cheating scandal he has been caught up in for the past 12 months for a very long time. 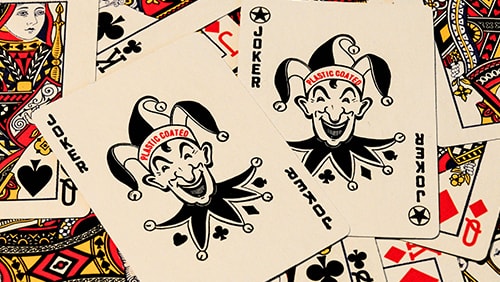 This week, the silence that has lasted through the serving of a subpoena, the attendance in a court of law and a global pandemic finally ended. Mike Postle declared his innocence.

Poker is not an exact science, and as a matter of fact, Postle will never and has never been declared innocent, because no court in the land can do such a thing. He’s either guilty or not guilty and in that sense, when his case was dismissed earlier this summer, the latter applied.

Despite the judge scratching the case for geographical and evidentiary reasons, there were many questions that still hadn’t been answered. These included but were not withstanding to:

We can only speculate on those posers, but Postle has declared himself ‘not guilty’ via a text message to the Sacramento Bee. That’s an odd choice and we’ll come back to it, but let’s go with it for now.

Postle text was full of self-defence, but also hints at the possibility that a documentary is in the making. Clearly, there’s a case for making the comparison between Mike Postle and Tiger King, but that’s prey we won’t pounce on. Rather that stalk a wounded animal, we’ll simply present the text verbatim.

“As much as I’d like to say, all I can really say right now is that I have my side of this entire fiasco to tell. It won’t just shock the poker and gambling industries, but the entire world.

This all goes way beyond just my innocence but includes an entire incredible 17+ year story along with it, and what’s happened since the allegations. In fact, it’s such a mind-blowing story, that it’s being told to Dave Broome at 25/7 Productions who will be producing a wild documentary for the world to see on it!

“I’ve been waiting for many, many months on this and I’m anxious for it to finally come out. So, to all the detractors and accusers who have asked, ‘Why hasn’t he spoken or provided his evidence of innocence and explanations?’

For a man who has said virtually nothing for most of a year, there’s a lot in there to pick the bones out of (enough with the tiger comparisons – Ed). We know he has his side to tell, what we don’t want is his admittance that after 12 months, he realizes it too.

There’s the Postlebility – ahem, possibility – of a documentary and 25/7 Productions are making it? OK this is exciting simply because of the name of that company. 25/7 Productions? Sounds like they’ve worked out how to extend the day by an extra hour, we’re hoping Netflix sign the programme up right away. The lingering slo-mo close-ups of Postle looking at his crotch might make it a certificate-15, but we’d still let our teenagers see how the world really works, wouldn’t we?

It won’t just shock the poker and gambling industries, but the entire world? Now we’re big poker fans, huge, but we can’t imagine that the indigenous tribe of the Uncontacted Indians of Brazil are going to put down that kettle and toss a wet blanket over the fire to set up a WiFi connection to the story of Mike Postle. We just can’t.

As well as Postle’s teaser text sent to the Sacramento Bee, Stones Gambling Hall employee Justin Kuraitis put out the following Twitter post that led to a four-page document. Posting, ‘There are some things I’ve wanted to say for a while now’, Kuraitis has since drawn so much negative feedback from the poker community, including from Daniel Negreanu and Doug Polk that he has had to walk away from the social media platform:

After an incredible year of denials and accusations, the possibility of a ‘tell all’ documentary revealing some of the poker community’s thoughts on Postle’s guilt or otherwise would be the pay-off to end them all and lead to record sales of popcorn within the poker industry. Making the programme would be simple. As well as an open and level investigation (that’s the first 10 minutes sorted) simply interview the poker world one by one, telling them as you call ‘action!’ that everyone else who’s being interviewed has the opposite opinion.

The rage would lead to a smash hit in the ratings. Never mind Tiger King, this Postle cat could sing from his cage to a captive audience.