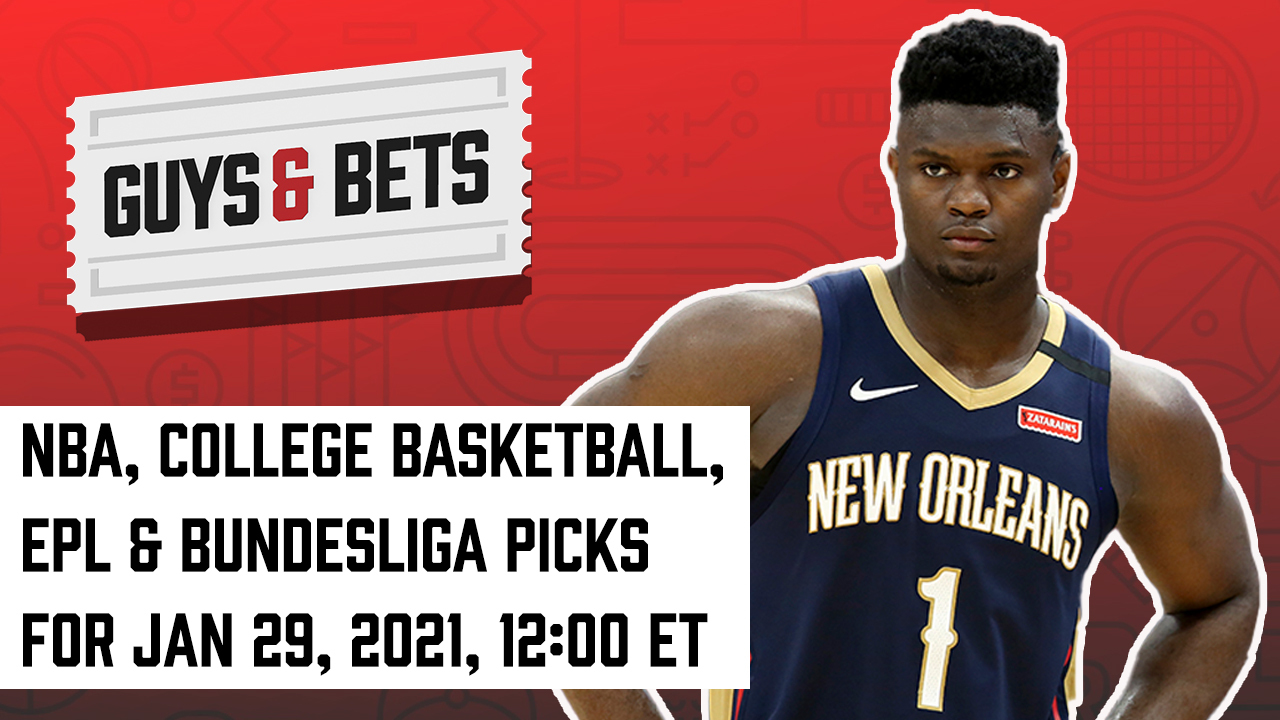 If you like betting basketball and soccer, today’s episode is for you with seven picks in the NBA, NCAA, Premier League and Bundesliga on tap.

Starting the show off with an NBA player prop, Joe Osborne is looking at the point total for Shai Gilgeous-Alexander. The Oklahoma City Thunder host the Brooklyn Nets, and the 22-year-old’s total is 21.5. Gilgeous-Alexander has put together another good start to this season, averaging 21.8 points per game to go along with 6.5 assists and 5.5 rebounds. Looking at the guards he could be facing tonight (James Harden, Kyrie Irving and others), Gilgeous-Alexander could be in line for some easier looks than he’s used to.

Staying in the Association for Joe’s next bet, he’s looking at the spread as the struggling Toronto Raptors are home to the Sacramento Kings. The Raps find themselves at 7-11 and losers of their last two games. Sacramento comes into this game having won two in a row.

Looks like a fun one in New Orleans tonight as Giannis Antetokounmpo and the Milwaukee Bucks are in town to take on Zion Williamson and the Pelicans. One of the bets Joe likes to make is on first-quarter totals and spreads and he’s on the first-quarter total in this one. So far, the Stan Van Gundy hire looks to be questionable at best as the Pels are off to a rocky start at 6-10 while the Bucks are rolling along in second place in the Eastern Conference.

Over to the pitch now, as Ninja has a couple of soccer bets. He starts in the Bundesliga with Stuttgart facing Mainz. Stuttgart find themselves in a two-game slump with a 2-1 loss to Freiburg and a 3-0 loss to Arminia Bielefeld. Getting Mainz at home could be just what the doctor ordered for Stuttgart. Mainz sits second to last in the Bundesliga table and has only managed two wins on the season.

In the Premier League, Aston Villa is on the road to square off with Southampton. These two squads are currently level with 29 points apiece. Both are coming off losses but Ninja believes one team is for real and one is fake.

Iain is on the college basketball beat and he’s got a bet as the Manhattan Jaspers are on the road to play the Saint Peter’s Peacocks. Junior guard Anthony Nelson leads the way for Manhattan, averaging 14.4 points per game. For Saint Peter’s, KC Ndefo leads the way, averaging 12.6 points and 4.1 blocks. This is a good example of finding a good total in a game that isn’t front and center on the schedule.