It was announced that the Orlando Florida NBA league will resume July 31, following a sudden halt due to the coronavirus. This means that NBA betting will become alive again across the country because there will be games to bet on.

Well known NBA player Rudy Gobert tested positive for the virus shortly before a game which saw the game of that day canceled, and further supported the quest to shut down sporting events for the time being, including the scheduled NBA season. Uncertainty about what will become of the 2019-2020 season filled the air. There were also questions about whether a season champion will be had.  All this was cleared with news of the season resuming. A season champion will be decided by October 12 this year.

The NBA league in Orlando Florida submitted a proposal to the NBA’s board of governors on June 4, asking that they reinstate the league. The proposal was approved by the National Basketball Players Association (NBPA) a day later. Twenty-two of the thirty-three teams will participate. This includes 13 Western Conference teams, as well as 9 Eastern Conference teams. The games will take place at the Walt Disney World Resort. 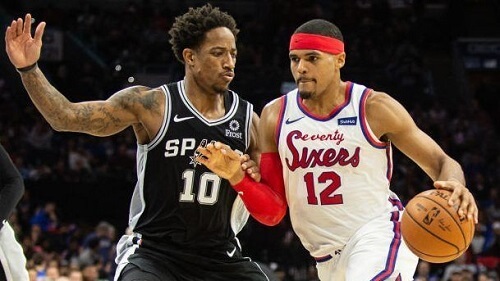 The NBA and NBPA are supposedly still negotiating the finer details on how the games will be played while still adhering to the safety protocols set out by health departments. But for now, all players and coaching staff will maintain social distancing when out. The NBA also intends to conduct regular testing for its players at the Disney campus. Players or supporting staff who test positive for the virus will be treated and obligated to self-quarantine while other players get tested. The games will, however, continue. Disney employees will also not be allowed in rooms where players might be, and hallways will be guarded to control having too many people in one space.

All 22 participating teams will begin training at their team sites in July. Thereafter they will move to proper training camps in Orlando. Each team will compete in 8 NBA Season games. These games will lead up to a tournament featuring teams from each conference. As news of the NBA Season spread, sportsbooks across the country have already started posting futures odds for this years champ.