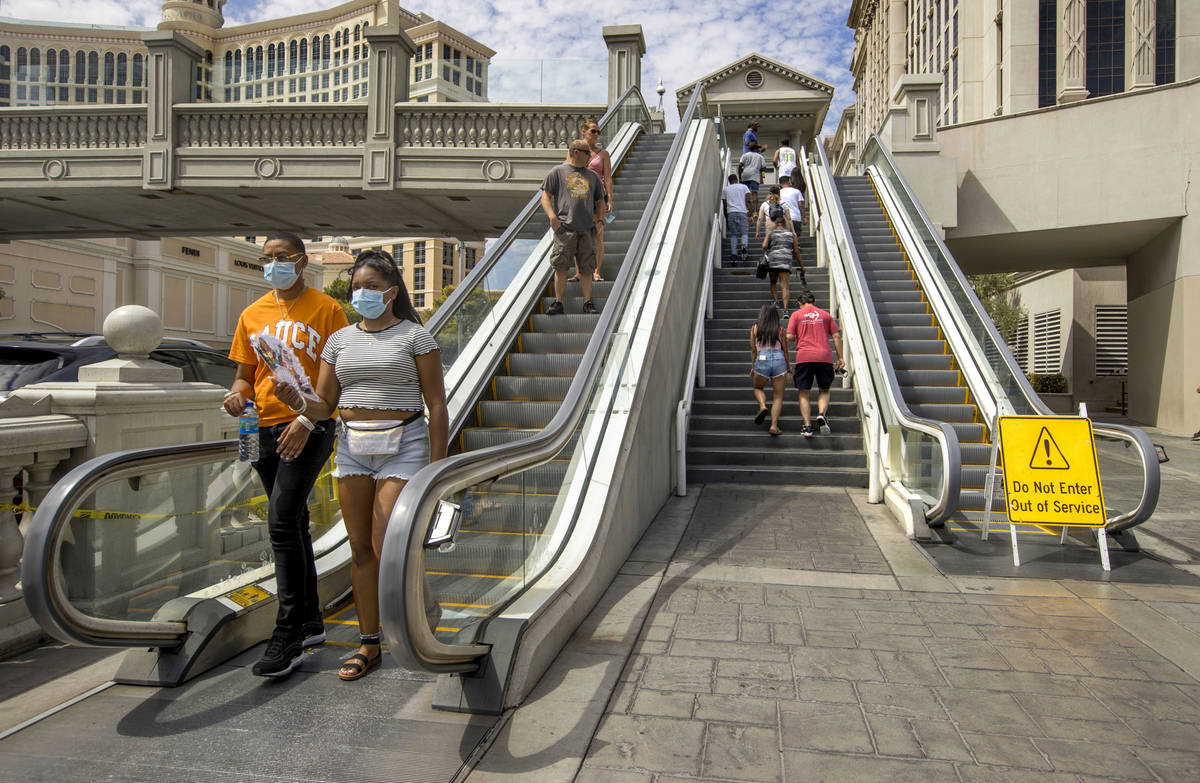 More than one-in-four Clark County residents recently infected with COVID-19 may have contracted or spread the disease at a hotel, motel or resort, state health officials revealed Thursday morning.

It’s the first time state officials revealed hard numbers about what role Nevada’s tourism industry could be playing in the state’s outbreak.

In the past 30 days, officials said 26 percent of infected county residents who spoke with disease investigators reported visiting a hotel, motel or resort. About 12 percent reported visiting a “food establishment,” a broad category that includes restaurants, grocery stores and other types of businesses.

The data “does not mean the business is associated with the exposure,” Nevada Department of Health and Human deputy administrator Julia Peek said.

Tracking the coronavirus’ impact on Nevada through data

The data could also be skewed by large companies that test employees and report their findings to the state, or by infected people either refusing to participate or not remembering everywhere they had been.

“It’s not complete by any means,” Peek said of the data. “It’s just a tool public health can use to identify interventions and risks associated with any disease.”

Peek did not reveal exactly how many Clark County residents that disease investigators had contacted in the past month or how many said they had visited a hotel, motel or resort.

As of Thursday, Clark County had identified more than 63,000 cases of COVID-19 among county residents. That was close to 10,000 more cases than were recorded a month prior.

Since at least August, the state has regularly analyzed county-level data to identify types of businesses and specific locations that are most frequently identified as possible disease exposure sites.

But both state and county health officials have so far denied requests to make those reports public, citing an ongoing investigation into the state’s coronavirus outbreak.

Disease transmission experts have warned that international tourism destinations like the Las Vegas Strip pose a risk, because any visitor could contract COVID-19 while traveling and later reintroduce it into their community.

The latest information about infected visitors statewide is now more than a month old.

As of Aug. 15, at least 530 visitors had tested positive for the novel coronavirus either while in the state or soon after returning home. The data dates back to June 1; casinos reopened June 4.

The vast majority of those infected visitors tested positive while they were in Nevada. The state reported knowing of only 11 who tested positive after they returned home.