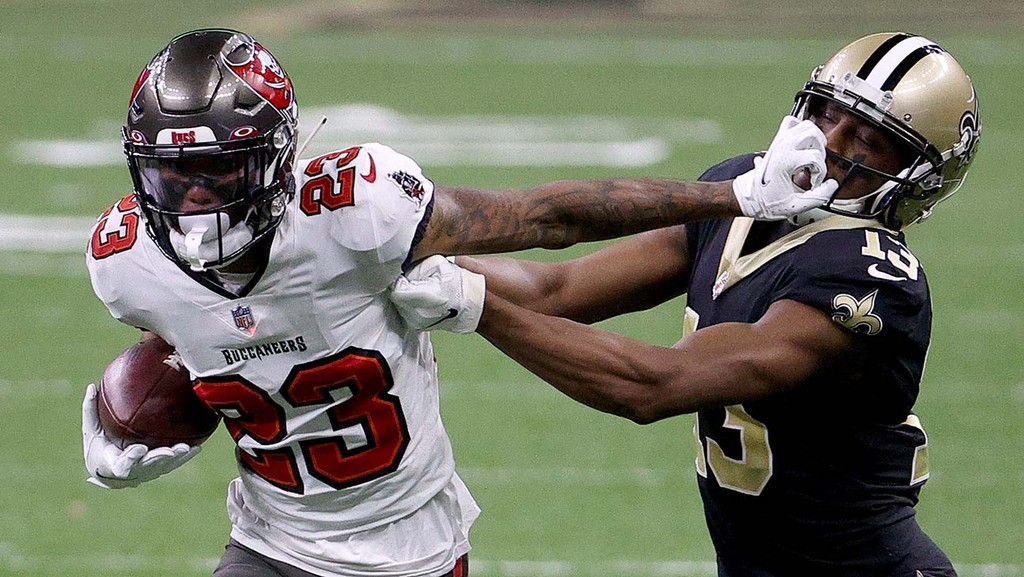 Numbers for the four games are down some year to year, but CBS, Fox and NBC reap bigger audiences than they did for the wild card weekend.

The divisional round of the NFL playoffs drew a somewhat smaller TV audience than it did a year ago — but also rebounded some from a wild card round that fell by double digits.

Those declines are on par with the ratings drop the league experienced during the regular season, and a good deal better relative to a year ago than the previous weekend’s wild card round. The wild card games fell by 18 percent in the four broadcast windows comparable to 2020 (there were also two additional games in the opening round).

Fox’s Sunday primetime broadcast of the Tampa Bay Buccaneers’ win over the New Orleans Saints drew the biggest audience of the weekend, with 35.46 million viewers (and 36.42 million including Fox Deportes and digital outlets). That was down 5 percent from the primetime Sunday game (37.24 million) last year.

The earlier game Sunday (Kansas City Chiefs-Cleveland Browns) on CBS delivered 34.33 million viewers, a slight 3 percent decline from the same window a year ago. The two Saturday games brought in 26.5 million viewers for Fox in the afternoon and 26.24 million for NBC in primetime.

Fox will air the NFC Championship game Sunday afternoon, with CBS getting a primetime berth for the AFC title game.