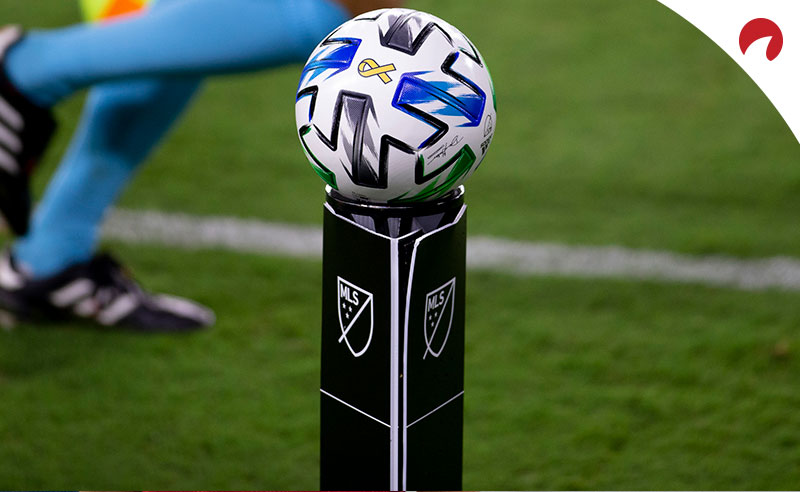 Major League Soccer is coming to the end of the 2020 season, but there are still plenty of MLS odds that appeal to sports bettors, with no clear winner in the Western or Eastern Conference yet guaranteed.

The MLS betting odds have changed a lot throughout this delayed and restarted season, but the current odds to win the MLS Cup offer a lot of value. Let’s take a look at the latest MLS odds via Bovada and make our picks.

Who will win it during this extended season? Let’s take a look at the current odds. To learn more about wagering on MLS, check out our How to Bet on MLS article.

Odds as of November 16 at Bovada

There’s a reason the Seattle Sounders (+500) are hailed as second favorites for the MLS Cup, and it’s not only because they are tied for the most points in the Western Conference with just a handful of games to go before the playoffs. They have Raúl Ruidíaz, the third-highest goalscorer in MLS this season with 12 goals. When you have a player on your side who can score spectacular goals like this one against Atlanta United, you are always going to be dangerous and there’s no doubt that the Peruvian narrows the favorites’ MLS odds with some justification.

Elsewhere, Philadelphia Union (+400) lead the betting odds and the Eastern Conference with 47 points and there has been a lot of hype about them this year, with Sergio Santos scoring 11 goals, but they have discipline issues, with defender Alejandro Bedoya having been booked an astonishing 10 times this season too. While they and Toronto FC (+800) are going to bring a lot from the Eastern Conference, in first and second position respectively in that division, we think the Sounders have the edge and of the three favorites, we’d take the Western Conference side.

Your betting should definitely not be restricted to the favorites. The MLS betting odds for teams who look certain to make the playoffs are extremely generous via Bovada and well worth consideration.

Columbus Crew (+1800) make the playoffs so often they should have a conference semifinal named after them. Why they havee such long odds when they have the second-leading goalscorer in 13-goal Gyasi Zardes is beyond us, and they could well be worth backing, especially since the playoffs are their specialty.

In the last five years, Columbus Crew have been runners-up once, and reached the semifinals and quarterfinals once each as well. They look stronger than last season and less reliant on Zardes than they were a year ago when he scored 20 goals.

Other teams whose MLS odds look too long would certainly include Orlando FC (+600), if only because they’ve lost just four games this regular season out of 23 they’ve played. While that’s the same as Eastern Conference leader Philadelphia, too many draws have cost Orlando City and having failed to make the postseason in the past five seasons, it may just be a step too far. If they can edge their way to the final, that might change, but at this stage, we’d avoid them in the current MLS odds.

Another side that could come close but possibly should be faded if they actually make the final is the Portland Timbers (+1000). The Timbers have scored plenty of goals this season, but have conceded 35 times, the same number as 11th-placed Real Salt Lake (+20000). They also have two of the most cautioned players in Major League Soccer, with Eryk Williamson and Diego Chará accumulating a whopping 17 bookings this season. Those MLS odds don’t look so kind now, do they?

There are a number of teams who are currently on the outside looking in when it comes to the MLS betting odds, but that can help your wallet as well as your heart if you’re a fan of the underdogs.

Teams such as the New York Red Bulls (+10000) and New England Revolution (+5000) are more fancied than our picks, but the battle for an outside playoff berth (often the position that yields a team that makes it all the way to the final thanks to the momentum they have going into the postseason) will come from that group of teams currently all on 32 points.

We think Nashville (+10000) may well be singing a victory tune come the middle of December, and what a song it would be. They are the side with nothing to lose and if they can take advantage of the pressure that is undoubtedly on the New York Red Bulls, who sit above them in the current playoff positions only based on number of wins in the season, then Nashville really can shock the MLS world.

The next differential for qualification is goal difference and Nashville has the edge on both the Red Bulls and crucially the New England Revolution one place below them in the division. Nashville faces Inter Miami in their crucial next game, having performed miracles in coming back to beat Orlando just a week ago. There’s no reason they can’t be the outside bet which you hang your cowboy hat on as the MLS season builds to an exciting climax.

Want the latest scoop once the postseason arrives? We’ll be back with some great MLS odds tips in just a fortnight’s time on the eve of the conference semifinals.