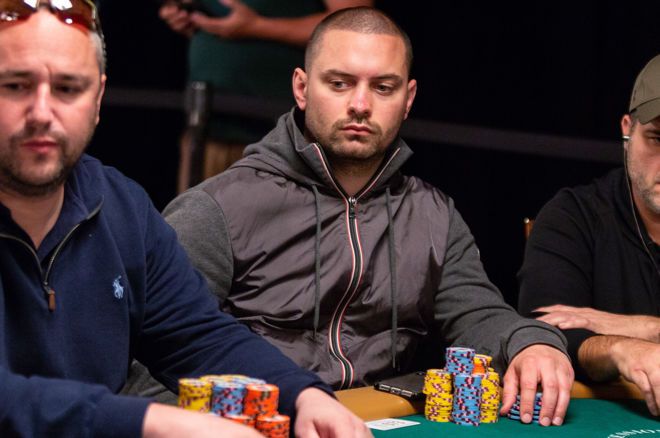 Phil Mighall secured by far the largest prize of his career when he took down the $10,300 buy-in WPT World Online Championships Main Event at partypoker for a massive $1,550,298.

The British superstar came out on top of a 1,011-strong field to bank his first seven-figure haul, entry to the next WPT Tournament of Champions, and a place in the exclusive Champions Club.

Laszlo Molnar was the nine-handed final table’s first casualty quite early into proceedings. Molnar made a play with ace-jack which ultimately ran into, and lost to, the pocket jacks in the hand of Victor Simionato.

Bert Stevens, better known as “girafganger7” busted in seventh-place before Team partypoker’s Dzmitry Urbanovich fell by the wayside in sixth when his ace-king lost to Mulder’s ace-queen courtesy of a queen on the flop.

Simionato’s luck ran out and he crashed and burned in fifth place for a $391,257 score. It was an incredible result considering the Brazilan qualified for the $10,300 buy-in Main Event from a $22 satellite entry. He made an ill-timed all-in river bluff only to discover Blaz Zerjav had improved to a straight on the last community card.

Zerjav was next to fall despite winning Simionato’s chips. He pushed all-in for 13 big blinds with pocket sixes and ran straight into Mighall’s pocket kings. No help arrived for Zerjav and the man who’d been in the top 10 chips for the entire tournament had to make do with the $552,006 fourth-place prize.

Start-of-the-day chip leader Damian Salas then lost a huge coinflip to send the tournament into the heads-up stage. Salas opened with pocket threes before calling off the rest of his stack when Mighall set him all-in with a pair of threes. Salas improved to a pair of kings on the flop, to two pair on the turn, but Mighall spiked a three on the river to resign Salas to a third-place exit.

Should nine-handed MTTs be scrapped?

Heads-Up Set; Both Players Are Millionaires!

Mighall held a 124,600,000 to 75,200,000 chip advantage going into heads-up but Mulder fought back and claimed the lead for himself. Mighall reclaimed the lead after passively playing king-queen and rivering trips, which were paid off by Mulder and his pocket sixes.

The final hand started with a raise from Mulder holding pocket aces and a three-bet with the lowly ten-seven from Mighall. Mulder called and flopped top set. Mighall fired a continuation bet and was called. The turn improved Mighall to an unlikely straight and he moved all-in, a bet that Mulder quickly called. The river was a brick, Mulder busted, and Mighall became the latest partypoker millionaire.