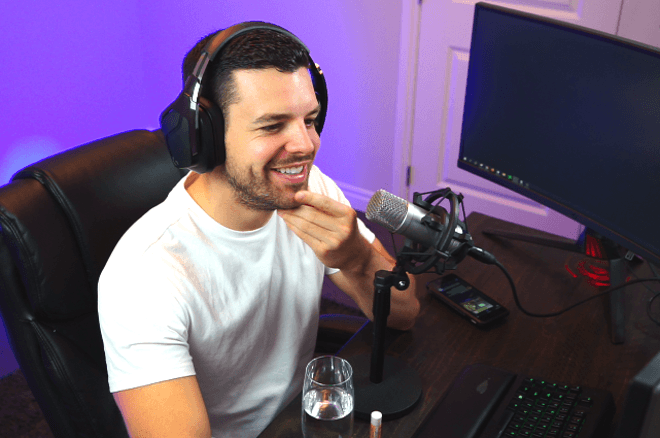 A recent spate of DMCA (Digital Millennium Copyright Act) takedown notifications has hit the Twitch poker community, with several popular streamers forced to delete hundreds of hours of their own content.

The issue is not confined to poker, with DragonForce guitarist Herman Li suspended from Twitch for playing his own music on stream.

In an image obtained by PokerNews, channels who had previously been subject to now or more DMCA takedown notifications were advised to delete any “unlicensed copyrighted material.”

Twitch went on to say: “If you are unsure about the contents of your archive you can delete all of it.”

Crucially, neither the email or Twitch clarified what videos had fallen foul of the copyright law.

What is DMCA notice?

A DMCA notice informs a company, web host, search engine, or internet service provider that they are hosting or linking to material that infringes on a copyright.

What do Twitch DMCA Guidelines say?

In their DMCA Notification Guidelines, Twitch say that it is their policy to respond to DMCA notices.

Popular streamer and GGSquad member Kevin Martin says he has been forced to delete all of his old content in order to comply with Twitch’s notice.

just setting up my twttr

According to KMart, there hasn’t been an issue for a number of years, but the change of stance from Twitch has shocked a lot of content creators into action.

“It really does scare me. Streamers played music and we did not think twice about it. It’s very different now and all content creators need to be on high alert.”

As a result, streamers have been forced to delete some of their old content. Martin told us that he has deleted all of his old content, something he described as “heartbreaking.”

READ MORE: Get Ready for the Saturday Session on GGPoker

“It’s sad watching content creators remove thousands of hours of good footage out of fear of a strike,” he told PokerNews. “I had fun going through my old clips and laughing about previous antics that happened on Twitch. The copyright strike isn’t fun, to think the platform I make a living on might be in danger its terrifying. Be careful out their poker streamers.”

Fellow GGSquad member Torsten “Jektiss” Brinkmann says he has been one of the lucky ones.

“So far I have luckily been spared DMCA strikes on Twitch,” he told PokerNews. “My channel is mostly underground music (house/techno), so I bypass the radar a bit and just try not to play commercial music.”

PokerStars streamers Lex Veldhuis and Benjamin “Spraggy” Spragg have also tweeted that they have been affected by the latest developments.

Shit going down with @Twitch and copyrighted music / DMCA strikes.

Just had to delete over 3 years of VODs from my Twitch channel. Bit sad innit.

Similarly, Jaime Staples tweeted that it was a “big bummer” to have to delete all of his Twitch vods. “DMCA sucks,” he went on to say.

A spokesperson for partypoker said that their Twitch team was “working within the given guidelines and restrictions.”