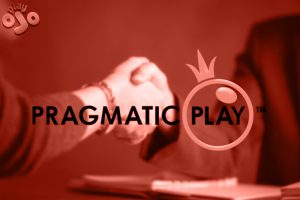 The leading content provider Pragmatic Play, releases new exciting feature thus expanding its portfolio. The company that produces up to five new slot titles each month created Pragmatic Replay in order to boost engagement and connection between people in the gaming world by giving them the opportunity to share their biggest wins with each other.

In his statement, the Chief Business Development Officer at Pragmatic Play, Yossi Barzely expressed the company’s excitement for having launched the new feature because it provides players with a thrilling experience.

He added that with Pragmatic Replay, the casino games supplier aims to engage players with the community they are already a part of.

The new feature allows players to share their top 100 results on any social media platforms they prefer. Pragmatic Replay works by clicking a “Replay” icon, that can be found on the top right corner of the slot. The players can then watch on replay either their biggest wins, or their latest wins.

The player’s anonymity and authenticity is also guaranteed since the feature removes their balance.
Pragmatic Replay is the latest feature for Pragmatic Play after the content provider marked two big wins at the end of last year.

In December, one of the leading gaming brands of international gaming giant NOVOMATIC Group, Admiral Casino happened to be the first casino in Croatia to take advantage of the entire Pragmatic Play slot collection The company provided its new partner with some of the favorite games of players from all around the world, such as Wolf Gold and Sweet Bonanza.

At the moment, the feature is available on selected games, such as Wolf Gold, Book of Tut, The Dog House Megaways and others. The company is planning on extending the feature to a lot more video slots in the future.

One month before the cooperation with Admiral Casino, Pragmatic Play went into partnership with another casino giant – NetBet. The deal between the two companies let NetBet enlarge its existing live dealer offering with a significant number of titles from Pragmatic Play.

The iGaming content maker and supplier debuted early in 2015 and since then has become one of the biggest suppliers of online gaming content. The Live Casino series debuted in 2019.