Friday night is crunch time for West Ham and Watford, who are both battling relegation, when they meet at the London Stadium. The Hammers, who won the corresponding fixture 3-1 at Vicarage Road, are [2.46] in the match odds while the Hornets are [3.6], with the draw [3.1].

The teams are level on 34 points each, although the hosts sit in 15th, one place above their visitors, on goal difference.

Our match previewer Andy Schooler thinks backing goals is the way to go and he’s backing a certain West Ham player to find the net.

>Will tough run-in give Hornets a sting in the tale?

West Ham are [9.8] for relegation. After Friday’s match they go to Manchester United who are chasing a top four finish. David Moyes’ men then play Villa on the final day.

Watford’s ([4.8]) final two are even more unenviable, as they host a Man City team who are playing like deposed champions with a point to prove. After that, Watford visit an Arsenal side that beat Champions Liverpool on Wednesday night. 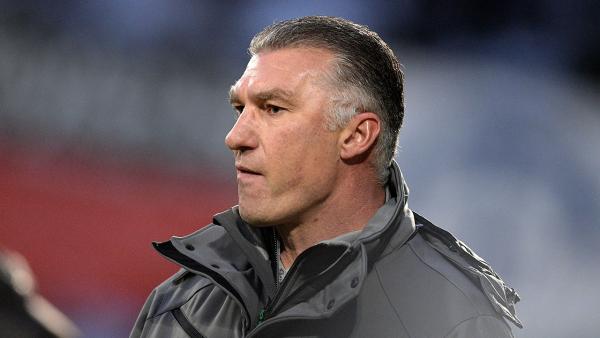 Will there be a sting in the tale for the Hornets? On the basis of their final two fixtures, it makes sense that they’re shorter for the drop than the Hammers. Nigel Pearson’s men will go into Friday’s match knowing it may be their best chance of adding to their points tally.

A draw at the London Stadium would keep both teams in the relegation battle while a win for either would all but confirm their safety with two to play.

Bournemouth and Villa odds-on for the drop

Eighteenth-placed Bournemouth are three points adrift and have played one game more. The Cherries gave a spirited display in losing 2-1 at Man City on Wednesday evening.

Bournemouth had beaten Leicester in their previous match but, with the club [1.18] on the Exchange for the drop, Eddie Howe appears to have got his team playing too late. They host Southampton on Saturday before going to Everton on the final day.

Aston Villa are [1.2] for relegation but they can leapfrog Bournemouth and move to 33 points with two to play if they beat Everton tonight. The Toffees have taken a point from their last three outings but our previewer Steve Rawlings reckons they’ll get the better of the Villans.