Though Leicester City and Everton currently inhabit the top four it still feels far-fetched to suggest that anyone other than the traditional ‘top six’ might secure a Champions League spot this season.

After all, the usual suspects have long created a closed shop at the top, to such an extent that in the last 15 years only one team, for one season, has managed to gate-crash the party. And even Leicester had to win the whole thing at 5000/1 odds to ensure that.

No, the Champions League places are reserved for Liverpool, Manchester City, Arsenal, Spurs, Chelsea and Manchester United and that’s just the way of things. For the rest there is Europa League qualification to compete for and failing that, the respectability of a top ten finish. Even escaping the clutches of relegation can sometimes feel like success.

This is the pecking order of the Premier League in the 21st century. This is how it presently is and sadly it sometimes feels like this is how it’s always going to be. This is the norm.

Only there is one small problem with this line of thinking: this season is anything but normal.

The profound effect of a global pandemic has left football looking unfamiliar and misshapen. Games are being played out in empty stadia and with barely any pre-season conditioning players are expected to fulfil an incredibly demanding and compacted fixture schedule.

It naturally follows therefore that these exceptional circumstances are resulting in exceptional outcomes, namely some bizarre score-lines that have stopped us in our tracks and a slew of unexpected form patterns that’s led to the top six currently featuring Leicester, Everton, Southampton and Wolves.

All of which begs the question: Is this just a temporary restructuring of football’s hierarchy until everything settles down? Or can one of the aforementioned quartet actually start dreaming of trips to Barcelona or Bayern next term?

To best answer this, it’s necessary to look past the general erraticism and focus on why some teams are adapting to the ‘new norm’ better than others. 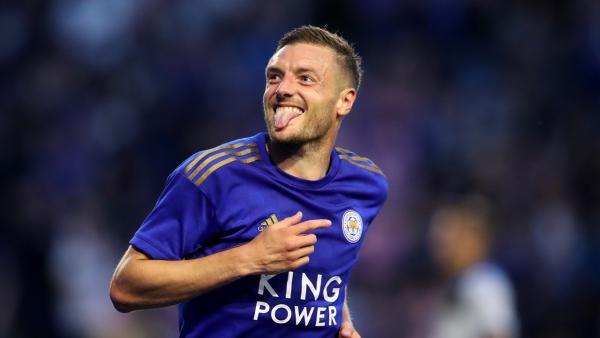 For all manner of different reasons, a handful of teams are really struggling to perform in the sterile environs of an empty ground and this is evidenced by the fact that last season the bottom six had accrued 31 points to this point. Currently they share just 21. Prior to Fulham’s victory over West Brom last Monday there were four teams still to claim a single win. Last term only Watford were winless this far in.

And who is it that is most taking advantage of these stragglers and their inability to adapt? It’s certainly not the traditional top six though it should be said their troubles have been greatly exaggerated. Last season Liverpool, Chelsea and co boasted 45 points between them at this stage. This time out its only three points fewer.

It is in fact Leicester et al who are being consistently ruthless and capitalising on the misery of others. Wolves, Everton and Southampton are each six points better off than at this juncture last season. The Foxes meanwhile have progressed by a point but let’s not forget how startling their early form was in 2019/20.

In-form Leicester are 4/1 to secure a top four spot.

A theory has been posited that it’s the superstars of the Premier League who are most missing the thunderous atmosphere of packed-out grounds. Instinctively throughout their career they have fed off the noise and energy and subsequently raised their game and now they are expected to grab contests by the scruff of the neck only to isolated shouts of encouragement from the bench.

Whether this is true is up for debate but it is certainly illustrative that WhoScored’s team of the season to date has precisely no players from Liverpool and Manchester City. There is no Mane. No De Bruyne. Such players are typically permanent fixtures.

If this theory holds water it suggests too that a collective spirit is infinitely more impactful than brilliant individuals to navigate these strange times. As Saints boss Ralph Hasenhuttl put it recently: “It’s not the best single players winning games, it’s the best teams winning games.”

This will be put to the test when Saints miss star man Danny Ings for a few weeks but they remain tempting at 25/1 to finish inside the top four.

Pep Guardiola recently attested that across the top flight we are seeing almost 50% more muscular injuries to last year and unfortunately it’s a trend that is only set to worsen.

The sheer relentlessness of the fixture schedule – coupled with a lack of pre-season preparation – will almost certainly mean that an even greater number of players will succumb to lay-offs in the months ahead and though at first glance that suggests clubs with the deepest squads will benefit it really comes down to perspective.

Perhaps it is less relevant who suffers the most injuries compared to which clubs are lucky enough to avoid long-term absences to their star performers? And that is due to fate, not fortune.

So far, injuries have proven to be a leveller and there is no reason to assume this cannot continue.

The above goes some way to explaining how these four sides have found themselves firmly in the top four mix nearly a quarter of the way through this campaign. The follow-on query is whether any of them are capable of going all the way?

History says not but then again, history has little part to play in a unique and remodelled season that has entirely new parameters; that has already seen some long-established truths scattered to the wind.

Within these new parameters it should not be under-estimated how far momentum and togetherness can take a team and more so Wolves are a fully formed and dangerous outfit under Nuno Espirito Santo while Leicester will be hell-bent on learning their lessons from last year’s decline. Everton meanwhile are buoyed by new signings and don’t discount Southampton either who have lost just three times going all the way back to March.

Furthermore and lastly, this is 2020. If the idea of Wolves heading to the Bernabau a year from now blows your mind then frankly, where have you been?