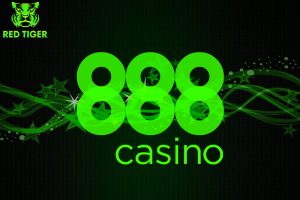 888casino is the iGaming operation of online gambling group 888. The 888casino.es launch extends an existing partnership between 888 and Red Tiger.

Under a supply deal between the operator and the provider, a wide range of Red Tiger’s hit titles have been rolled out with 888casino’s Spanish operation. Games recently added to the online casino’s Spanish site include Mystery Reels, Dragon’s Fire Megaways, and Pirate’s Plenty – Battle for Gold.

The deal covers future Red Tiger releases, as well, the provider said in a press release that hit the wire earlier today.

Leading Supplier in Every Regulated Market

Commenting on their launch with 888casino.es, Red Tiger Commercial Director Chris Looney said that they are thrilled to have added their games with the Spanish operation of the popular online casino as it has “an impressive track-record and extensive player reach.”

Mr. Looney went on to say that “Spain is a dynamic territory with exciting commercial prospects” and that their partnership with 888casino.es continues Red Tiger’s “ambition of being the leading supplier in every regulated market.”

888 SVP, Head of B2C Guy Cohen said that they are focused on providing their customers with a wide portfolio of titles to ensure they are “giving the best and most entertaining experience.” Mr. Cohen noted that they are delighted to have Red Tiger’s content on their platform and are excited to offer their Spanish customers their games.

The recent launch with 888casino’s Spanish website follows a .com launch in the spring of 2019.

The extended agreement with 888casino is the latest of a host of partnerships announced by Red Tiger in recent weeks. Last month, the provider announced that its content has gone live with multi-brand casino group GOWILD.

GOWILD’s portfolio includes four iGaming brands, the oldest of which, the flagship GOWILD brand, was launched in 2009. The other three operations run by the group are Wild Jackpots, ASTRALBET, and Piggy Bang.

Aside from the provider’s games portfolio it has also rolled out its Daily Jackpots product with the two above-mentioned online gambling operators.

Earlier this year, Red Tiger unveiled a content supply deal with iGaming group Glitnor that would secure the iGaming supplier with wider access to the Nordic markets as well as with Japanese market entry.