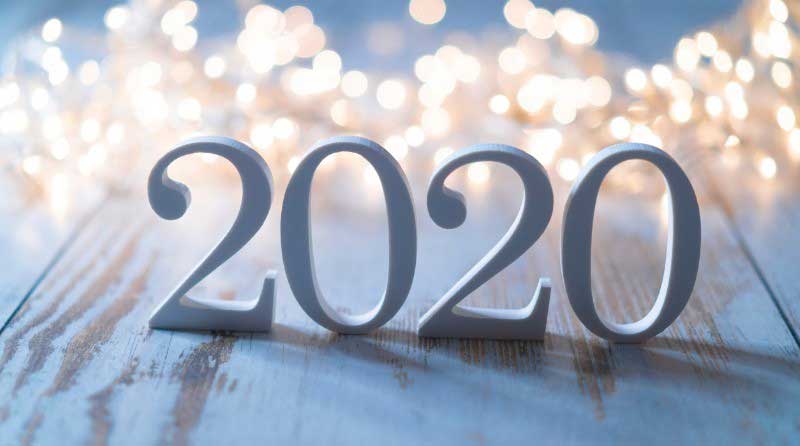 The poker year 2020 was anything but boring

2020 is slowly coming to an end and, as always, we want to take a quick look back at what has happened.

2020 was and is still overshadowed by the COVID-19 pandemic. In March / April of this year, the whole world simply shut down. Public life was simply shut down and in most countries there were strict curfews. This sad background triggered a real boom in online poker and the number of players exploded on all poker sites. At that time, some providers had up to three times as many players as before.

The pandemic is still not over and all major tournament series, which are normally played live in the casinos, were played at the virtual tables this year. This also created the partnership between GGPoker and the WSOP. For the first time in the history of the WSOP, the entire event was canceled and instead played online at GGPoker. Never before has it been possible to take part in the most important poker event in the world from the comfort of your sofa and win one of the popular gold WSOP bracelets. A total of 54 WSOP bracelet events were awarded.

Not only because of the cooperation with the WSOP, but also otherwise there was no getting around the GGNetwork this year. The number of players has doubled within 6 months, so that the competition like PartyPoker / Bwin, the iPoker network, 888Poker and Unibet have long been left behind. We are now so far that PokerStars is in sight and we assume that there may be a changing of the guard in 2021.

The message that all poker rooms had to make various adjustments for players from Germany by October 15, 2020, hit like a bomb. It is very interesting that the announcement by the highest gaming authority in Germany came just under 1 week beforehand and surprised the providers as well as the entire poker scene. Some had hoped that everything would stay that way until July 2021 and that the European Court of Justice, as in previous years, would declare the contract invalid. That can still happen, but this time it doesn’t look as good as it did in previous years.

These are just a few of the conditions that the providers had to implement in advance by October 15, 2020 in order to have a realistic chance of obtaining a license next year.

As a result, a large number of poker rooms withdrew from the second-largest poker market in the world with immediate effect. Among them very big names like: Betfair, Betsafe, NordicBet, TitanPoker, BestPoker and also Natural8.

For the time being, providers such as PartyPoker and Bwin do not accept new registrations from players via affiliates.

Nobody knows what the politicians in Germany can think of, but it is already a fact that the German market will be as good as broken if the new gambling contract comes into effect exactly as planned. One can only hope that adjustments will still be made or that the EU will declare them invalid.

Even Hollywood couldn’t have written a better script for Phil Galfond’s first 2020 Challenge against VeniVidi. Phil was now $ 900.00 behind and had taken a few days off. There was a task in the room and no one could have blamed him for it.

But Phil Galfond did what no one thought possible. He made the comeback, was able to decide the challenge on the last day in the last hand and after 25,001 hands had played + $ 1.671 and emerged as the winner of his first challenge.

The Microgaming (MPN) network has closed its doors

On May 19, 2020 the time had come and the final hand was dealt in the popular MPN network. Even if MPN was very popular with many players, there has simply been no further development in recent years. After Unibet left the network to be independent, the number of players stagnated and the prospect for the future was simply too poor.

90% of MPN skins found a new home through the iPoker network and others decided to close their doors entirely.

The topic of real-time solvers (RTA)

The German Fedor Kruse made the headlines. Kruse saw a rapid rise from $ 0.50 / $ 1 cash games to limits with blinds of up to $ 200 / $ 400 in less than 12 months before his ex-roommates decided to take the matter public and provide evidence submitted.

The evidence shows that Kruse ran his online poker clients on one computer and some RTA software tools on a second computer and monitor. Whenever Kruse faced a difficult situation, he used the solvers on his second machine, which showed the perfect Game Theory Optimal (GTO) game.

Kruse was then supposedly able to play the mathematically correct game that is, in the long run, the game that makes money. It is a scam and is against the terms and conditions of any poker room.