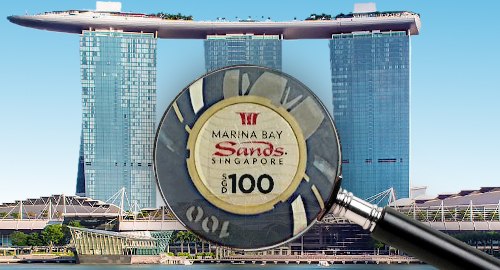 Casino operator Las Vegas Sands has hired a law firm to probe cash transfers at its Singapore resort, while Sands boss Sheldon Adelson is once again making it rain for the former casino boss in the White House.

On Wednesday, Bloomberg reported that Marina Bay Sands (MBS) had hired law firm Davinder Singh Chambers LLC to conduct a fresh probe into employee transfers of over a billion dollars in gamblers’ cash to third parties. Sands reportedly hired the firm after Singapore authorities launched their own probe into alleged shenanigans at the integrated resort.

In June, Sands reached an out-of-court settlement with Wang Xi, a former MBS high-roller who sued Sands one year ago after casino staff transferred SG$9.1m (US$6.6m) of his funds to a third-party, allegedly without his authorization. The company claimed it had letters bearing Wang’s signature authorizing the transfers, while Wang claimed he’d never seen these letters.

Transfers of this nature are commonplace in Asia-Pacific casino markets, particularly when junket operators are involved. But Singapore keeps a much tighter rein on junkets than other local regulators, and Sands used to maintain that it doesn’t work with the few ‘international market agents’ approved by Singapore’s Casino Regulatory Authority (CRA).

An internal probe Sands launched after the CRA expressed interest in the Wang case found over 3,000 instances of fund transfers between MBS customer accounts and third parties totaling some SG$1.4b. Transfers totaling SG$763m were handled by a small handful of staff, leading the CRA to conclude that “there were weaknesses in MBS’ casino control measures.”

In June, Bloomberg reported that the US Department of Justice had subpoenaed a former MBS compliance chief regarding suspected “money laundering facilitation” at the resort. The DOJ’s previous probe into Sands’ Asian operations resulted in a nearly $7m penalty levied against the company.

In other Sands news, CNBC reported Wednesday that Sheldon Adelson will spend between $20m and $50m to boost US President Donald Trump in the home stretch of the 2020 campaign. The bulk of the donations will reportedly go to a Preserve America, new pro-Trump super PAC (political action committee).

Trump’s campaign has reportedly blown through over $800m this year, including some sketchy staff perks and ill-advised ad buys in markets that aren’t really competitive, reportedly because they knew Trump would see them. The campaign has also spent millions in legal fees on the various investigations into Trump’s high crimes and misdemeanors.

There’d been some speculation that Adelson had soured on Trump and that he wasn’t prepared to dole out the tens of millions of dollars he’d previously pitched at Trump and other GOP-affiliated efforts. Trump’s DOJ has yet to achieve Adelson’s desire to squash online gambling like a bug, although not for lack of effort.

But Adelson’s lieutenant Andy Abboud recently put down his smartphone long enough to confirm that his boss was “110% behind the president” and would soon unleash the dogs of contribution. Adelson may not get his online gambling ban in Trump’s first term, but he’s far more likely to get it in Trump’s second rather than in Biden’s first.