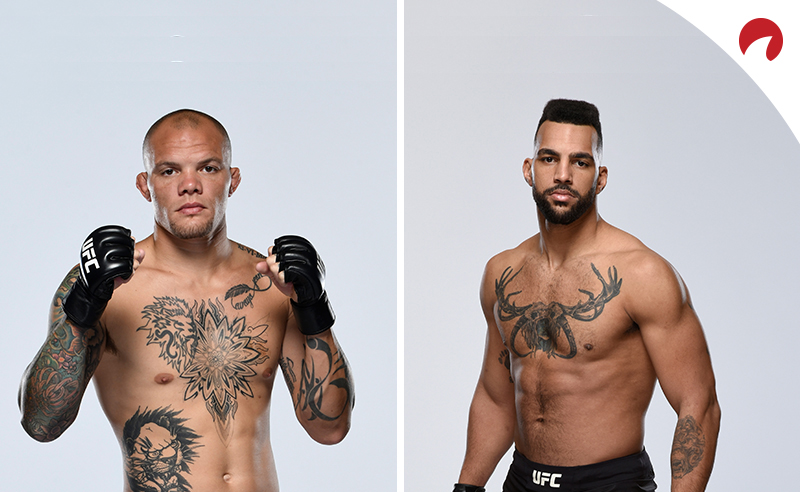 The light heavyweight division will be featured in this week’s UFC card with veteran Anthony Smith and rising prospect Devin Clark settling their differences in a three-round main event. UFC Fight Night: Smith vs Clark takes place this Saturday, November 28, at the UFC Apex Performance Center in Las Vegas.

In Anthony Smith vs Devin Clark odds, Smith is the slight favorite with Clark being listed as the underdog. We have the full UFC Fight Night: Smith vs Clark odds as well as a preview and best bets below.

Smith and Clark were bumped up to the main event after the Curtis Blaydes-Derrick Lewis headline act was called off Friday.

After fighting Jon Jones for the light heavyweight title almost two years ago, Smith has struggled to find victories since, going 1-3, but he hopes a win over Clark will get him back on track.

Meanwhile, after a two-year stint in which Clark went 3-3 in a win-one, lose-one streak, he finds himself on a two-fight winning streak ready to make his move in the light heavyweight division.

Online sportsbook Bovada has released the UFC Fight Night: Smith vs Clark betting odds and has listed Smith as the -140 favorite with Clark coming back as the +110 underdog. This means you would have to wager $140 to profit $100 with a Smith win, while if you bet $100 for a Clark win, you would profit $110.

New to betting on the fights? Check out our UFC betting guide to help you get in the action. Also, be sure to keep an eye on our UFC odds page for the latest up-to-date betting lines.

The always-game Anthony “Lionheart” Smith (-140) returns to the Octagon for the third time in 2020 but is searching for his first win since June 2019. Looking to pile on another loss is Devin “Brown Bear” Clark (+110), who has already scored two wins in 2020 and a win over Lionheart would put him in a great position to move up the light heavyweight rankings in 2021.

After earning a UFC contract in Dana White’s Tuesday Night Contender Series in August, Josh Parisian (-205) is ready to make his Octagon debut and extend his six-fight winning streak. Parker Porter (+165) made his UFC debut in August and it didn’t go as planned when he suffered a first-round knockout loss, but he looks to get back on track in this bout.

Undefeated welterweight Miguel “Caramel Thunder” Baeza (-200) looks to continue climbing through the UFC ranks and remain perfect. To do so, though, he will have to get past Takashi “Ten” Sato (+160), who is coming off a first-round knockout over Jason Witt in June.

Two featherweights looking to get back in the win column after suffering a defeat their last time out will kick off the main card. Spike “Alpha Ginger” Carlyle (-185) burst into the UFC with a first-round knockout of Aalon Cruz in February but took a decision loss to Billy Quarantillo in May. Meanwhile, Bill “Senor Perfecto” Algeo (+150) aims to get his first UFC win after losing his debut to Ricardo Lamas in August.