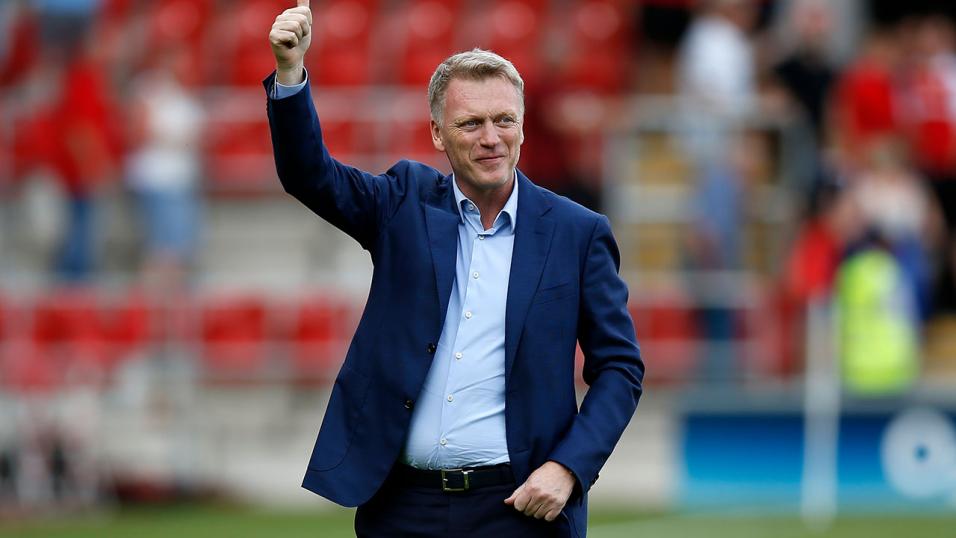 Following three unbeaten league outings in five days, West Ham will no doubt be relieved to have navigated the annual Christmas fixture pile-up in style.

So much so, in fact, that Hammers boss David Moyes has given his players a late festive gift – four whole days off ahead of Monday’s FA Cup tie against National League side Stockport County.

These cup games are notoriously tricky for Premier League clubs – and the big elephant in the room is always, how seriously will the big boys take it? – but West Ham do have recent form in coming through the early rounds unscathed.

Indeed, since 2017, West Ham have seen off Shrewsbury Town (via replay), Birmingham City and Gillingham at this stage in the Cup without even conceding a goal – notching five goals in the process.

Meanwhile, Moyes took Everton to the FA Cup Final in 2009 and led the Toffees to three other cup semi-finals during his reign at Goodison Park, so it’s fair to say he does take knockout clashes seriously.

With West Ham sitting in a relatively comfortable 10th place in the Premier League, they can afford a tilt at this trophy, and push for some long-awaited silverware, not to mention that all-important Europa League spot.

That said, we are likely to see some changes from the Hammers. If West Ham successfully navigate this tie, they will face a whopping seven games in 23 days – that’s one every 96 hours on average.

Squad rotation will be key over the coming weeks for Moyes, and it could be wise to give the likes of Tomas Soucek, who has played his way into the Premier League Player of the Month shortlist and FIFA Team of the Week with a series of dominant performances, a well-deserved rest against Stockport.

Meanwhile, given that striker Sébastian Haller has this week joined Ajax in a £20 million deal, Moyes will be keen to test out some of his other attacking options. The cup clashes are the ideal platform for fringe players to show what they can do.

The likes of Andriy Yarmolenko and Mark Noble have struggled for game time recently due to the Hammers’ impressive form and could get a run out – and with Michail Antonio once again nearing match fitness, we could see the forward play some part at Edgeley Park.

But it is the ‘Algerian Messi’, Saïd Benrahma, who I fancy to get on the scoresheet in Cheshire. He’s had a slow start to life at the Hammers, and Moyes publicly challenged him over the Christmas period to step up his game.

This clash against lower level opposition is a great opportunity for Benrahma to get some minutes under his belt and a confidence boost, and with Moyes likely to give him a more prominent role, I think he’s value to open his Hammers account at 2.747/4 in the to Score Anytime market.

Stockport line up for this clash sitting just outside the promotion places in the National League, and are in good form, having lost just twice in their last 11 outings.

Jim Gannon’s side have been dominant at Edgeley Park winning six of nine and suffering a single defeat this season, and they’ll be keen to put on a show in front of the cameras against top-level opposition.

And the good news for the neutrals is, Stockport games generally feature goals. Indeed, 74% of their outings in all competitions this season have seen Over 1.5 Goals, and 66% have seen Over 2.5 Goals.

With the likes of Alex Reid (14 apps, 6 goals) and free-scoring midfielder John Rooney (12 apps, 7 goals) in their ranks, they’re never far from hitting the back of the net.

But despite that attacking prowess, clean sheets are rare for County. Indeed, they’ve only managed to keep the opposition out on just two occasions in the last 10. Combine that with a West Ham side that has gone over 2.5 goals in 6 of their last 8 outings and I reckon that this tie has goals in it.

On Monday, Over 3.5 Goals is 2.526/4 and it’s very possible that Stockport could grab a goal on what is likely to be a hard pitch and a cold night that plays to their advantage. If you do fancy the home side to bag, you could do worse than look at Rooney at 1110/1 to be first scorer or 4.47/2 to notch anytime.

Rooney is County’s designated penalty taker (converting three this season) and a set-piece master who will fancy his luck on the big stage.

By no means is this an easy trip, but West Ham are in good form and should be looking to weigh in with a dominant performance here against a side four tiers below them.

With squad depth and a team full of confidence, I think that West Ham -1 in the Handicap market is fantastic value at 1.9620/21.

Given their last three FA Cup ties against lower league opposition have all ended with a clean sheet, and they’ve also kept out the opposition in their last two Premier League outings, I’m confident that the Hammers can come through this one unscathed with a two-goal cushion.