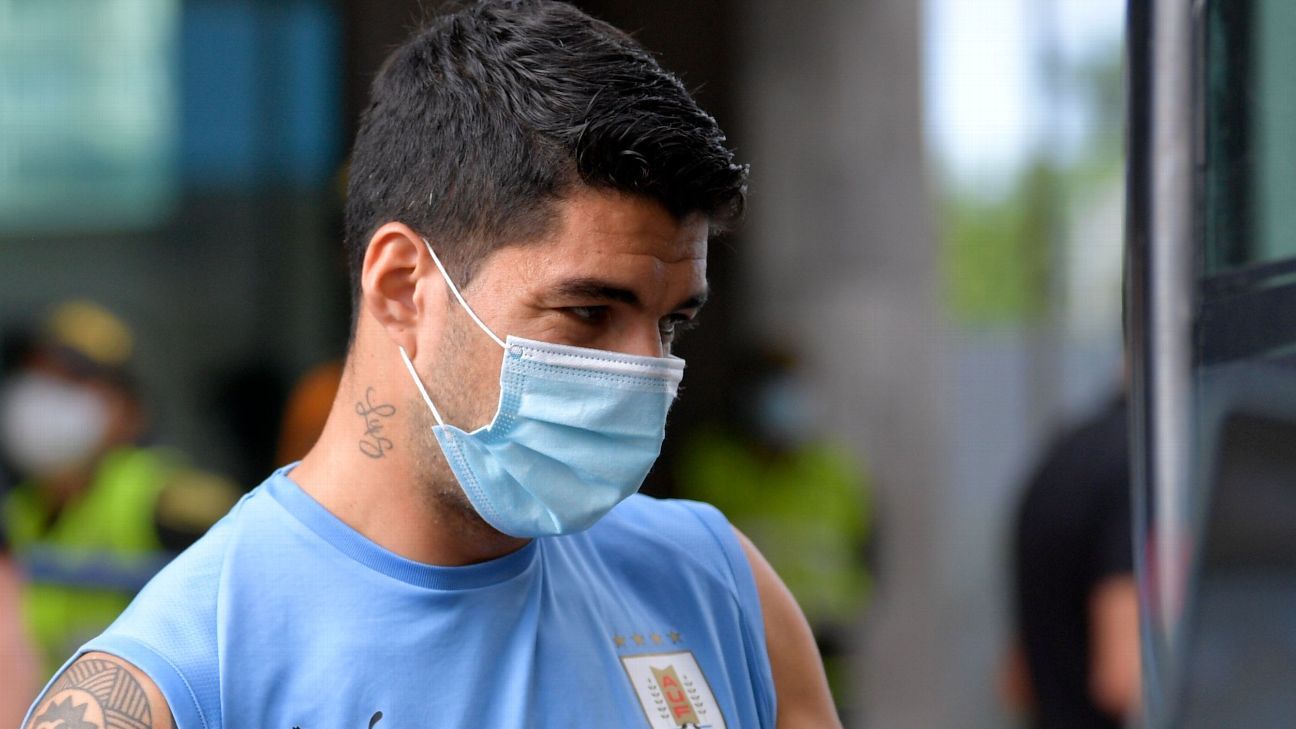 Uruguay and Atletico Madrid striker Luis Suarez has tested positive for the coronavirus, the Uruguayan Football Association has announced on Monday.

It means the forward will miss his country’s high-profile World Cup qualifier with Brazil on Wednesday, and a much-anticipated La Liga showdown between his new club and former team Barcelona on Saturday.

“The Uruguayan football association reports that swab tests have been performed on all members of the National Team, and the players Luis Suarez and Rodrigo Munoz and team official Matias Faral have tested positive for COVID-19, while the other members of the party have tested negative,” the AUF said in a statement.

“The three are all in good health and the pertinent measures have been implemented.”

The tests were carried out after the Uruguay defender Matias Vina, who plays for Brazilian club side Palmeiras, tested positive a day earlier.

Suarez will also miss Atletico Madrid’s Champions League match with Lokomotiv Moscow on Nov. 25, and is a doubt for their following La Liga game with Valencia.

The 33-year-old striker has become a key member of coach Diego Simeone’s side since joining from Barcelona in September.

He has already scored five league goals for Atletico, who are the only unbeaten team in La Liga.

Five wins and two draws from seven games played have left them six points ahead of Barca going into Saturday’s match.

Suarez left Camp Nou after a hugely successful six-year spell, after being informed by new coach Ronald Koeman that he did not form part of his plans for the 2020-21 season.