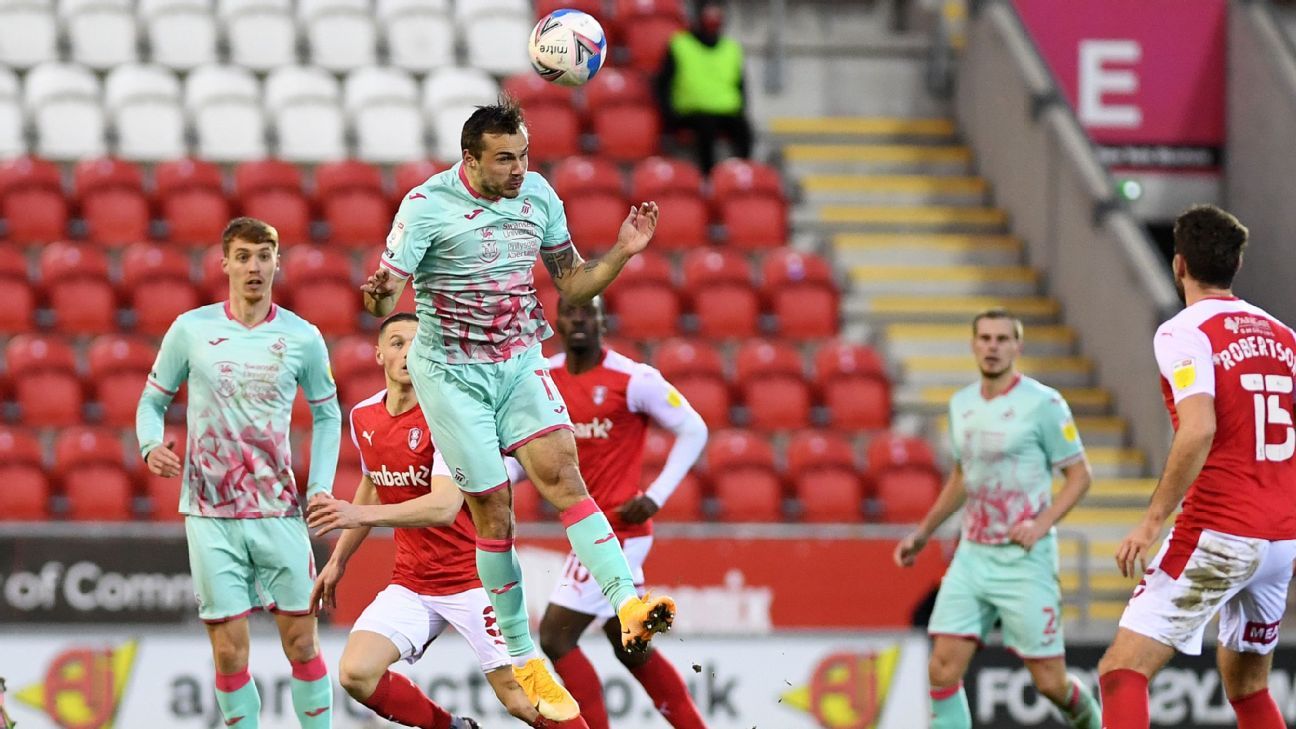 United States forward Jordan Morris made his debut for Swansea, entering in the 83rd minute of a 3-1 win at Rotherham on Saturday in the second-tier English League Championship.

The 26-year-old was loaned from Major League Soccer’s Seattle Sounders to Swansea on Jan. 22 for the second half of the English season, and the Swans have an option to purchase his rights.

Swansea are second in the Championship with 50 points from 26 matches, four points behind leaders Norwich City.