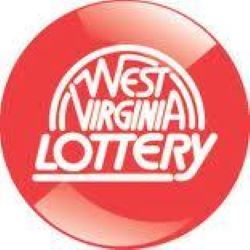 West Virginia may be a small state relative to one like Michigan, but it looks to be the fifth state in America to launch state-regulated online poker and the fourth to offer online casino games. And it could make a huge leap forward next month.

While many eyes have been focused on Michigan and its road to online gambling, West Virginia has been plugging along and working on solidifying its rules and regulations.

After lawmakers officially approved internet gaming in March 2019, the West Virginia Lottery Commission had to wait a mandated 90 days before digging in to the process. But then it got to work, speaking with and visiting states like Pennsylvania and New Jersey, other states with regulations already in effect.

That didn’t mean that West Virginia online poker and gaming supporters like State Delegate Shawn Fluharty weren’t frustrated in the past few months. They knew that a quicker process could have helped the five casino properties during the coronavirus-mandated shutdowns in March, April, May, and into June. While states like New Jersey collected tens of millions of dollars each month during the casino closures from internet poker and casino games alone, West Virginia could not do the same.

What a missed opportunity in WV. Always the bridesmaid never the bride. #iGaming #wvpol https://t.co/5IIT12XINj

Even so, the process moved forward behind the scenes. And this week, the WV Lottery revealed that online gaming could launch by the end of July.

The agenda for the June 24 meeting of the West Virginia Lottery Commission included items like casino relicensing and the approval of sports wagering suppliers. The third item on the list of action items was the approval of minimum intermetal control standards for iGaming.

The Charleston Gazette-Mail reported that Lottery Director John Myers said, “We may see iGaming by the end of July, based on the progress these folks are making.”

July is next month.

What Does It All Mean?

The rules approved by the WV Lottery could be the emergency rules approved at the April meeting. The Commission approved those iGaming rules and filed them with the West Virginia Secretary of State in the first part of May.

It is unclear if the rules approved this month are the emergency rules or the final product. That list of rules detailed the way the new industry will run, including licenses being valid for five years and requiring only a $100K licensing fee, and operators paying a 15% gross gaming revenue tax.

After this week’s meeting, the WV Lottery has yet to release a copy of those rules to examine for any differences from the emergency rules. The Lottery Commission has also released no information regarding operator license applications.

There are five casino properties in West Virginia, none of which have announced any online poker or gaming partnerships.

–The Casino Club at the Greenbrier (independent ownership by Governor Justice)

Analysts in the internet gaming industry have made predictions about potential partnerships – such as BetMGM (PartyPoker) with Greenbrier – but no one has made any announcements.

July for Launch or Licensing?

Typically, a casino announces a partnership with an online poker and/or online casino games provider, operators apply for interactive gaming licenses, and upon approvals, the operators begin developing the products to be launched.

If no partnerships have even been announced, is it possible to launch actual online poker or casino sites in July?

If so, other states are egregiously slow-playing all of us.

Director Myers could have meant that the licensing process may launch in July. If the rules were just approved, the WV Lottery could begin accepting license applications in July. And since the next Lottery Commission meeting is set for July 22, it could be an opportunity to approve those licenses.

Next Lottery Commission meeting: July 22, tentatively in-person at Lottery Headquarters, which is scheduled to reopen to the public on July 2.
Social distancing and masks to be required.

If this is the case, the process will still move at a solid clip. But even with license approvals in July, it will take several months for operators to develop the sites with their land-based partners and actually launch those sites.

All should become clearer in the coming weeks.