The Poker Hall of Fame will only induct one member this year instead of the standard two, and the decision has nothing to do with COVID-19, nor is it a one-time thing. So, why the sudden change? Ty Stewart, Executive Director of the World Series of Poker, explained the reasoning to CardsChat News. 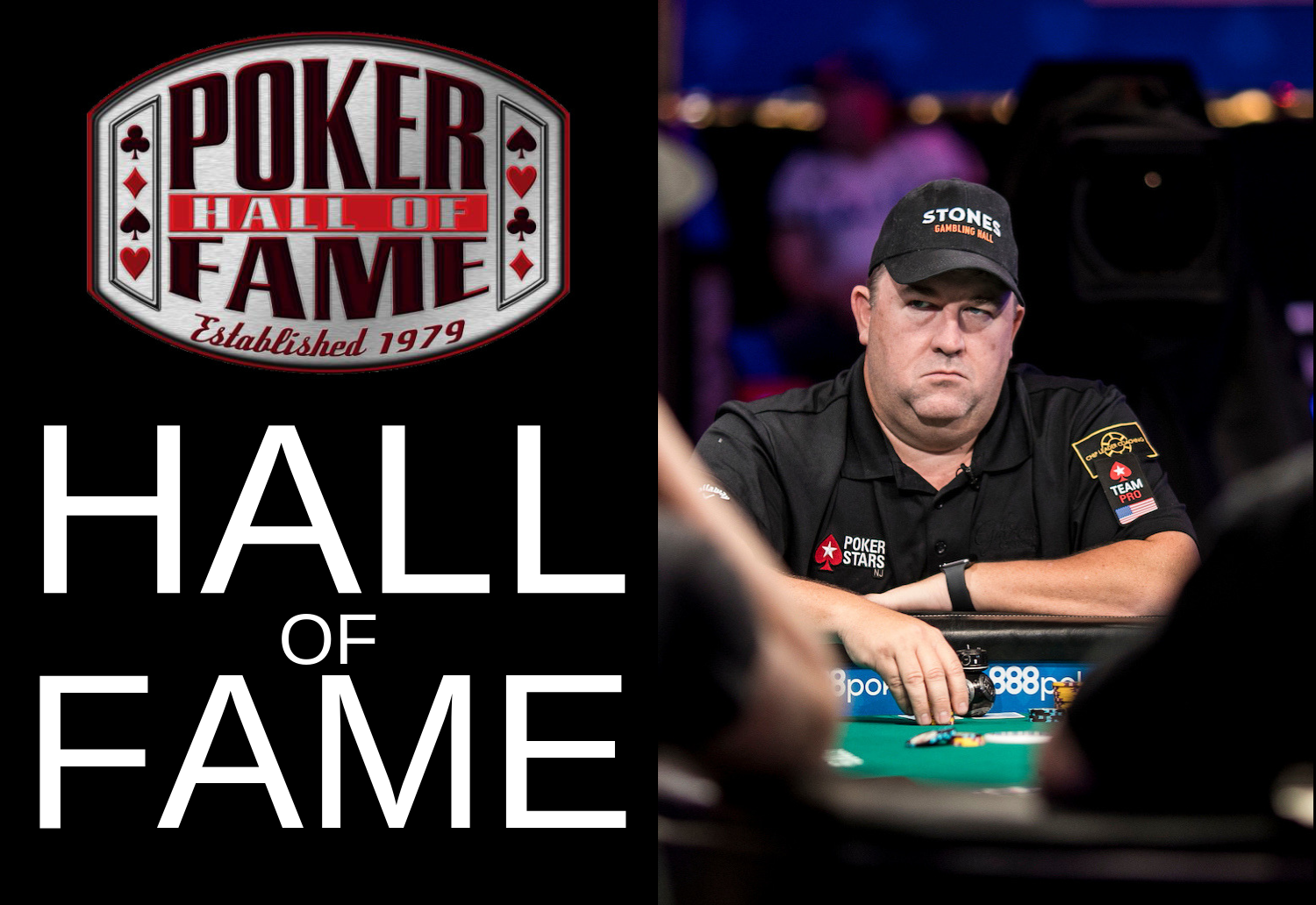 Chris Moneymaker was inducted into the Poker Hall of Fame in 2019. (Image: PokerStars)

Each year since 1979, at least one poker player or industry person has been enshrined in poker’s pantheon. Last year, the Class of 2019 inducted David Oppenheim, a high-stakes cash game legend, and Chris Moneymaker, the 2003 WSOP Main Event champion whom many credit as the person most responsible for the growth of poker earlier this century.

Moneymaker’s selection was a bit controversial because he only has one major win as a player, and he doesn’t compete in high-stakes cash games. The criteria for the Poker Hall of Fame is based on these qualifications:

Moneymaker was voted in based on the sixth qualification, and is considered more of a “builder” than a top pro. Nominations for the 2020 inductee are currently being accepted on the WSOP.com website. Players such as Antonio Esfandiari, Mike Matusow, Ted Forrest, and Chris Ferguson are being thrown around as possible candidates. Only one of those individuals will receive induction this year.

Since 2005, the Poker Hall of Fame has inducted two individuals each year. Before that, and for many years, only one person received the nod. Six players were enshrined in 1979, however, the hall’s inaugural year. They included Johnny Moss and James “Wild Bill” Hickok. This year, only one player will earn a spot in the exclusive club, and there’s a reason for that.

“We felt it was best to return to the tradition provided by the Binion family for most of the PHOF’s existence,” Ty Stewart told CardsChat News. “There is certainly maximum prestige in having one inductee per year.”

“In a game where there is not really a retirement age, the Poker Hall of Fame should be more of a lifetime achievement award for that rare player who is not just a success, but a legend,” the WSOP executive continued.

How the Poker HOF Compares to Pro Sports

The Poker Hall of Fame inducts fewer players each year than any major US professional sport, despite having more players to choose from. Stewart explains that it’s tough to compare poker to pro sports because, as he says, no one truly ever retires from poker. Professional basketball, baseball, and football players, for example, all eventually reach an age when they can no longer physically compete.

“Our greatest pleasure at Caesars is that we have properly put the control of the fraternity in the hands of those who best understand the criteria, the living hall of famers themselves. Therefore players can be certain they have won the respect and admiration of their peers, and their name will truly stand the test of time,” Stewart said.

There’s some merit to what he’s saying in that by limiting the inductees to one or two each year, enshrinement into the Poker Hall of Fame becomes more prestigious than if five or six players make it each year. Many Major League Baseball Hall of Famers, for example, get in without truly having HOF credentials. And that lowers the prestige of the club.

Take Jack Morris for example. If we’re being honest here, Morris put up some pedestrian numbers as a starting pitcher from 1977 to 1994, but he was one of six players inducted into the baseball HOF in 2018. He wasn’t a lousy pitcher by any means, but he was also never great. He never won a Cy Young award, posted a league-average 3.9 career ERA, and was never a league leader in any category. His claim to fame was his 10-inning shutout with the Minnesota Twins in Game 7 of the 1991 World Series against the Atlanta Braves.

Although that was one of the most memorable pitching performances in MLB history, it was still just one game. Yet, that amazing single-game performance is likely what “earned” him a spot in Cooperstown. That’s sort of like putting every WSOP Main Event champion in the Poker Hall of Fame. No offense to Jerry Yang, but he’s never getting in.

The WSOP, as Stewart explains, is limiting inductees to one each year (possibly two in certain years). Doing so should prevent poker’s version of Jack Morris from undeservedly joining the exclusive club.